The plant in Bangalore where the Mahindra Reva e2o is being made seems to be a revolution in itself. It encloses an area, which appears equal to that in an aircraft hangar. This area is not as large as most factories and if one comes here thinking that it would be similar to other plants, then there is definitely a surprise in store. Interestingly, low emission forms the basis of the plant's operation. Natural light is available in the factory throughout the day and efficient utilisation of space has been made, as there is adequate room even after housing an entire assembly line. 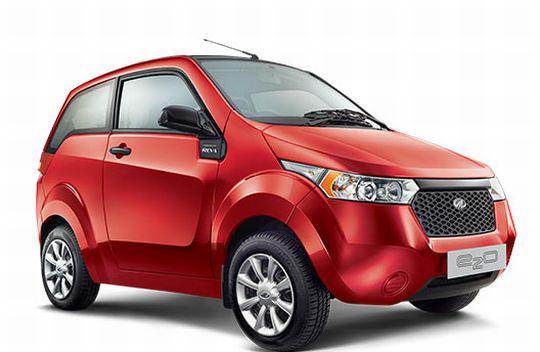 Administration offices and test areas are also present at the plant of Mahindra Reva. Power requirements are generated through solar energy and extra energy produced during dyno testing is also given back to the grid. There are more surprises in store, such as the low level of noise produced during manufacturing process. It must be noted that the spot welding has been replaced by an efficient bonding process. Interestingly, only the voice of tightening of nuts and bolts is audible at the auto maker’s plant. The e2o can be moved around from one bay to another with the help of wheeled platforms. In the assembly process, the chassis is already pre-assembled and looks much like a rally car roll cage. Electronics are loaded separately through a composite tub that prevents under body damage.

Front McPherson struts are first fitted on the vehicle during assembly. After this, two tubs with the battery and electronics are loaded, as also is the motor and reduction gear. Along with, the body panels impregnated with colour are fitted like composite panels. These body panels keep the weight of the car down to 830 kg and make the car dent resistant. This move has eliminated the presence of a paint shop and this helps in eliminating chemicals as well as associated power requirements of a production plant.

The next step is to fit floor interiors, panels and doors in the car. Badges and the logo are put much before the final stage of assembly. For fitting tyres, the car is raised on a hydraulic lift. Projector beam headlights are adjusted and the e2o also undergoes a leak test where water is sprayed from top, bottom and sides. Checking is done to make sure there is no leakage into the interiors and onto the electronics. After completion, each vehicle goes through a suspension test and a dyno run, which returns power to the main grid. According to company officials, every vehicle delivered to the customer is completely charged, which can then cover a distance of 100 km.