As the speculations come to an end, the Obama administration and the President himself are contemplating options to let General Motors go ahead and file bankruptcy. The new plan comes as “controlled bankruptcy” plan which falls somewhere between pre-packaged bankruptcy and court chaos.

The government and the company are discussing a probable bankruptcy plan which spells into quickly forming another company. The new company will hold most of the profitable part of the parent company. Other units which are actually not-so-profit-making lie under longer government bankruptcy control. General Motors also has a word with the United Auto Workers Union before filing the bankruptcy that may probably be filed by June 2009. Although, automakers are still fighting to prevent the probable chance of filing bankruptcy but advisers at General Motors are working towards a common aim to preserve the best parts of the company or sell them off at the best price. 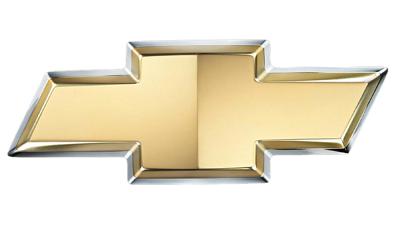 The basic aim of the whole plan is to show the consumers, tax payers and the government is that the new General Motors can still hold its ground in the auto world and survive on its own.

How Does It Happen?

The big brains at General Motors are thinking hard to shape up a new company and give a new face to the age old American auto giant. Old components such as Saturn and Hummer would definitely not form a part of the new company. They would be definitely under longer bankruptcy period and would be ultimately sold or dissolved.

The new company shall coordinate with the new company for some time and share some operational activities such as accounting and insurance until it eventually becomes independent.

Shareholders, bond holders, workers, trade unions, government and just about everyone associated with the General Motors does get affect. We are also talking about TCS here in India which will be badly hurt if General Motors goes bankrupt.

General Motors has already begun discussions with the United Auto Workers and has already won deep concessions on health care and entry level wages. However, the obligations to 775,000 retirees stills looms large over the company that is a major issue that still needs to be addressed. As the company still negotiates for certain retiree benefits, the union is asking for stake in the new GM, cash from sale of the new GM and any other sources of funds. Bondholders may have to accept a debt-for-equity swap to reduce the $27 billion in corporate debt they hold over General Motors.

Who has the last laugh…? Apparently no one! The bigger you are the greater is the fall…so the saying goes. General Motors has enjoyed the number one of position for as long as one can remember. If General Motors files bankruptcy then it would be something similar to the Italian diary giant Parmalat SpA which entered bankruptcy in December 2003 due to the accounting scandal. Most of the bad assets were liquidated but lawsuits between the company, creditors and lenders lingered until 2007.

Now the whole world watches with attention as the Obama administration asks General Motors to file for bankruptcy!