Fiat India Automobiles expects to touch the golden one lakh sales figure in India by 2011. The company has a fifty-fifty joint venture with Tata Motors in India where both the companies have joint dealership networks. Fiat expects that the most of the sales will be achieved through Fiat Linea and Grand Punto.

Fiat has recently launched its sedan Linea in India. Now the company is gearing up to launch its next model, Grand Punto, in the country in the second half of 2009. Grand Punto is the premium hatchback model priced at Rs. 5 lakh and above. Fiat also plans to increase its Tata-Fiat dealerships across India. The JV currently has 70 dealers pan India which will be increased up to 100 in 2009. 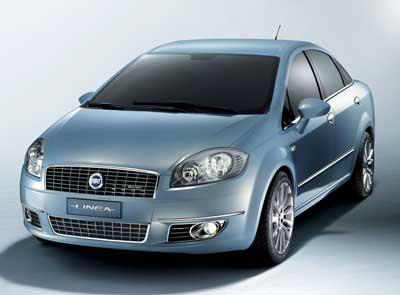 “During 2009, we are expecting a volume of 40,000 units which is likely to touch 80,000 in 2010. Around 10% of the total volume every year will also be exported," Rajeev Kapoor, president & CEO, Fiat India Automobiles, said during the launch of Fiat Linea in Kolkata.

Fiat has several models in its global portfolio that are under consideration to be launched in India. Some of them include Panda, Doblo, Multipla, Sedici and Qubo, etc. The company will evaluate the prospects of these models in the country in due course.