General Motors also plans to launch more fuel-efficient vehicles with CNG and LPG options. General Motors India President (GMI) and Managing Director Karl Slym stated that the company will launch an LPG driven car in the first half of the current year that will be followed by other fuel efficient models. 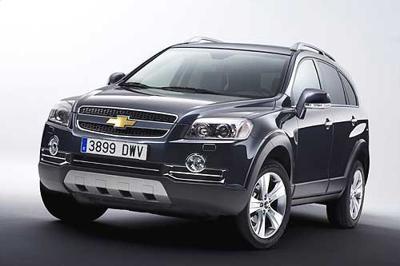 “Our strategy is to have high fuel efficiency in all our vehicles in the first place. Then we will be introducing vehicles powered by (alternative) fuels like CNG and LPG, besides having different power-trains and different displacements,” he said.

General Motors has already launched CNG variant of its sedan Optra. According to the company sources, GM is looking at similar options for its entry level car sedan Aveo. The company sold nearly 2500 Captivas out of its total sales of 65000 units last year.