Ahead of its debut at the Frankfurt Motor Show, the BMW X7 has made its way to the interweb unofficially. When launched, it will be the biggest car that BMW makes and an SUV offering alongside the 7 Series sedan. 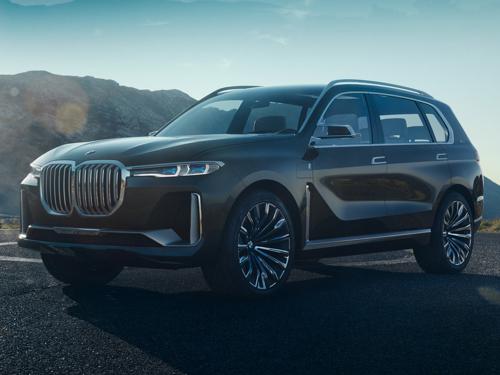 Our India-exclusive spy shots of the X7 confirm that we have been spot on with regard to what to expect in terms of design. It gets the signature kidney grille (a massive one at that) slit like LED headlamps and massive amounts of chrome all around. What’s more, there are chrome strips all around to enhance the premium flavour of the car. You can see the familiar silhouette of the BMW X range thanks to the sloping roofline, merged tail lamps and massive multi-spoke wheels. 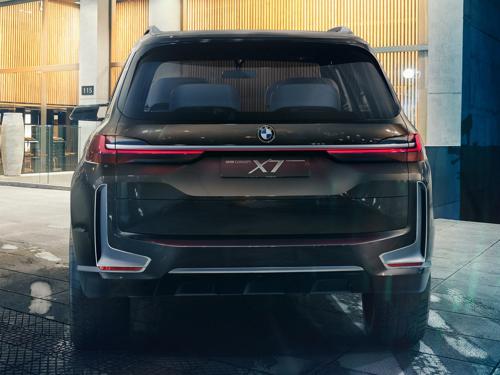 Inside, it’s a familiar BMW place thanks to the driver oriented placement of the dashboard and the display for the infotainment system. The design is minimalistic in terms of physical appearance, but features like the full digital instrument cluster is quite heavy on the details. There also appears to be ventilated seats and a glass gear lever. Going by logical sequence, the X7 should get the same engine options as the 7 Series both in concept form as well as in production guise. 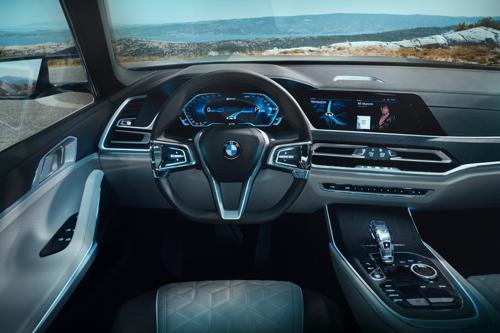 The X7 is coming to India and this concept car will be one of the highlights of the BMW stall at Delhi 2018. Jaguar Land Rover to go all electric by 2020, unveils the E-Type Zero