The Indian Patent Office granted the patent to Bajaj Auto for its “ExhausTEC” invention vide Patent no 231498 dated 5th March 2009. This Grant was published in Patent Gazette dated 27 March 2009. Bajaj was warring for this patent with its competitor TVS Motor. The press release signed by Vice-President, Business Development, Mr. S. Ravikumar, issued on Wednesday states that the Pune based Bajaj Auto has been awarded the Patent no 231498, dated March 5, 2009 by the Indian Patent office. The patent was published in the 27 March edition of the government of India’s Patent Gazette.

The patent may spell trouble for TVS Motors as it has been using the same technology in some of its vehicles Now, Apache brand of motorcycles from TVS Motor are under question because TVS has used ‘ExhausTEC’ in these bikes as well. However, TVS Motors denies the claim that that patent affects its business. "The patent granted to Bajaj Auto is for ExhausTEC, which is a chamber fitted on the exhaust pipe. It has nothing to do with DTSi twin spark technology. They are two separate patents and are not linked to each other," the company said in a release here on Friday. 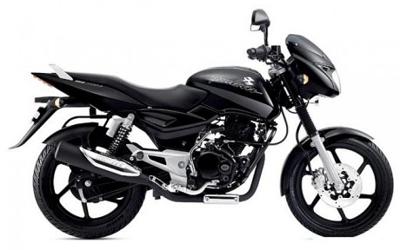 Contending that there is no correlation between ‘DTSi twin spark’ technology and ‘ExhausTEC,’ TVS Motor sought to point out that they are two independent technologies with separate patents and these technologies are not used by TVS Motor Company in any of its products.

Earlier, BAL had applied for patent of this technology in 2004. Later, TVS unveiled a series of new products, which Bajaj alleged of patent infringement of its ExhausTEC technology and served notice to the Chennai-based firm in December, 2007.