The latest flick in the 'Transformers' franchise, Transformer 4, which is set for release on June 27, 2014 will see several makeovers of autobots and new autobots as well. This new movie in the popular franchise is being directed by Michael Bay and will see the leading autobot, Optimus Prime, in a new avatar. The last movie in this series, Transformers: Dark of the Moon, saw Optimus Prime as the Peterbilt Model-379, whereas, in the latest movie he will appear as a custom-built Western Star Truck. In this movie, two new autobots will be introduced as well as a black and blue Bugatti Grand Sport Vitesse with 1200 bhp and C7 Corvette Stingray that is yet to be launched. 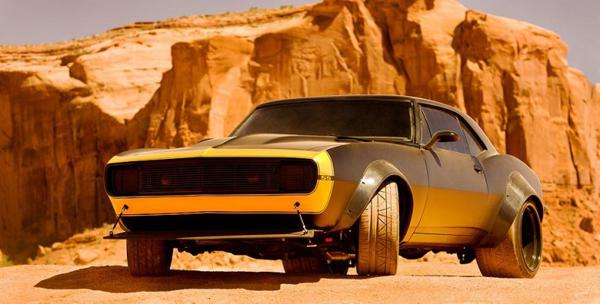 Transformer 4 is being shot in exotic locations like Arizona and Utah and has some impressive vehicles lined up as autobots. One of the most popular autobot, Bumblebee, played a Camaro in first three movies in this series. However, the fourth installment in the franchise has Bumblebee as a 1967 Camaro with various aggressive cosmetics. Featuring the unorthodox colour scheme of yellow and black, the car will be seen sporting a front spoiler and flared fenders. The Chevrolet Corvette Stingray too comes with an attractive electric green paint and a massive rear spoiler that look menacing. 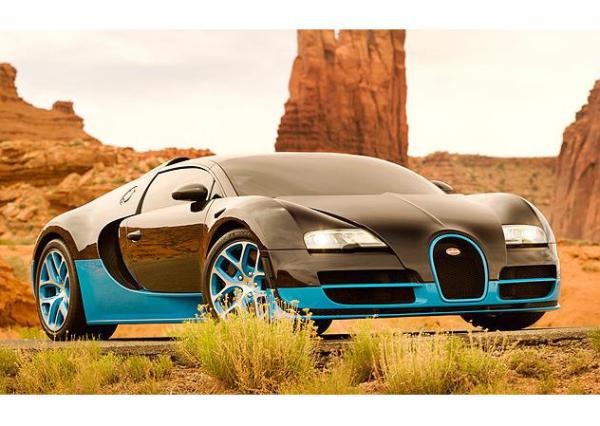 General Motors have been a consistent part of the autobots team with Camaro and now Corvette. However, the Camaro and Corvette fades out in front of the second new addition in the latest movie to be launched. The producers of the movie have managed to get their hands on the Bugatti Veyron Grand Sport Vitesse, which happens to be the fastest open top car in the world. This model has 1200 bhp of power at its disposal with quad-turbocharged W16 powertrain. In a speed test held at the Volkswagen's Ehra-Lessien test track in April, 2013 the car recorded a top speed of 408.7 kmph.

Also, the Optimus Prime in its newest avatar of a Western Star freightliner has received some serious customisation. Another new addition to the team of autobots is the 'Hound'. The character in the original comic strip was a jeep, however in the new movie it will be seen as a camouflaged and heavily armoured tactical vehicle from Oshkosh Defence. There is no news regarding the storyline of the newest movie in the franchise, however, audience will surely be pleased by the slew of some of the hottest cars in the world.

Exports of Hyundai India increased by 4.6 per cent