In order to meet the growing demand for eco-friendly or green cars, Audi, the German luxury carmaker, had unveiled the e-diesel research facility in November, 2014. Now, this facility has successfully produced the first batch of the eco-friendly fuel. Named Audi e-diesel, the eco-friendly fuel doesn't require the use of any standard mineral oil. 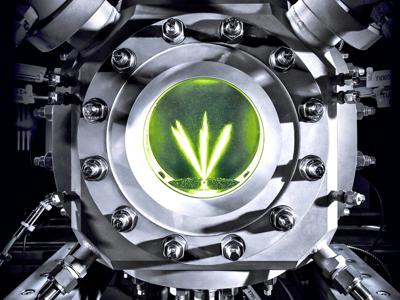 The first batch of the fuel was released in the presence of Prof. Dr. Johanna Wanka, Germany's Federal Minister of Education and Research. The first five litres of e-diesel was used for her government car which is an A8 3.0 TDI. This synthetic diesel, made using CO2, is a huge success for our sustainability research. If we can make widespread use of CO2 as a raw material, we will make a crucial contribution to climate protection and the efficient use of resources, and put the fundamentals of the “green economy” in place,” declared Wanka.

Audi e-diesel is developed using the "power-to-liquid principle". It uses carbon dioxide, water and electricity as raw materials. In the first process of development, water heated up to form steam is broken down into hydrogen and oxygen by means of high-temperature electrolysis. This process of forming e-diesel is more efficient than normal techniques because of heat recovery. In second phase, the hydrogen reacts with the CO2 in synthesis reactors at pressure and high temperature. The end result is basically a liquid made from long-chain hydrocarbon compounds, which is called blue crude. This process offers an efficiency of around 70 per cent over the conventional method. This blue crude oil can be further refined to extract Audi e-diesel. This synthetic oil doesn't have sulphur and aromatic hydrocarbons. The high cetane number indicates that the fuel is readily ignitable.

The upcoming Audi car models are likely to get the new, fuel efficient and eco-friendly e-diesel. It is quite early to comment whether Audi cars in India will get this fuel or not.

Top 10 Slowest Cars In The World