Congress Jyoti Mirdha From Rajasthan Is A Mercedes Owner

After the successful conclusion of the 16th Lok Sabha Elections, people around the nation are eagerly waiting for the outcome, which can be declared any moment now. According to the Election Commission of India, the 2014 General elections witnessed the largest population of voters all across the country. The results of these elections are in the corner at last and people are anticipating big surprises from their favourite party. The General Elections this year, saw the advent of a number of new parties, which were either independent or in alliance with the existing bodies. There were new as well as old faces, which were selected to represent the major parties of the nation. One such name is of Jyoti Mirdha – a Congress candidate representing the party from Nagaur Constituency in Rajasthan. 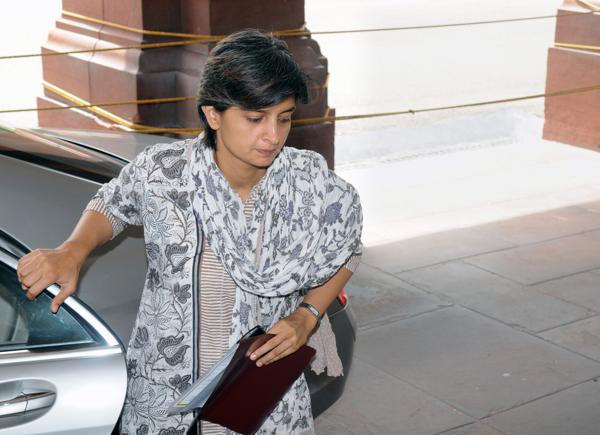 Congress Jyoti Mirdha from Rajasthan is a Mercedes owner

Jyoti Mirdha currently serves as the Indian Congress Member of Parliament (MP) for the Nagaur Lok Sabha Constituency. A doctor by profession, the lady has been responsible for a number of social as well as health reforms in her zone. She has also participated actively in a number of health and welfare programs and also contributed in monitoring the prices of various chemicals and generic drugs. The lady has performed quite brilliantly on a number of growth and welfare issues during her past tenure as an MP. This is one of the major reasons as to why Congress was inclined towards choosing Jyoti Mirdha once again from the same zone.

This politician belongs to a well-off family and is married to Narendra Gehlaut – the Managing Director of IndiaBulls Real Estate. She has a political background and is the granddaughter of one of the famous pre-independence activist and reformer – Nathuram Mirdha. People might not be aware of the fact but the lady owns a Mercedes-Benz, which she uses for a number of public addressing events. She uses this car for daily commute and also for a number of special occasions.

If Jyoti Mirdha is able to deliver a similar performance as done during the 15th Lok Sabha Elections, the Congress party is certainly going to be in the mood of exuberance. Party's high-command Sonia Gandhi and Prime Minister Manmohan Singh have high hopes from the lady and want her to achieve the similar feat once again. It will be compelling to see how Jyoti Mirdha performs at last when the results of 2014 General Elections are declared.

Arm Rest and Consoles for Cars