Technology has largely reformed the global automotive industry by providing it with some exclusive features of comfort and infotainment. Each car these days comes equipped with consoles, which are meant to offer ease of driving to the owner. One such feature is android in cars, which have been designed in joint collaboration with internet giant Google and a number of auto majors of the world. This technology has been a result of the Open Automotive Alliance (OOA), which is dedicated to equip cars with an android platform. This alliance consists of some elite members from around the globe, such as Honda, NVidia, Audi, General Motors (GM) and Hyundai. 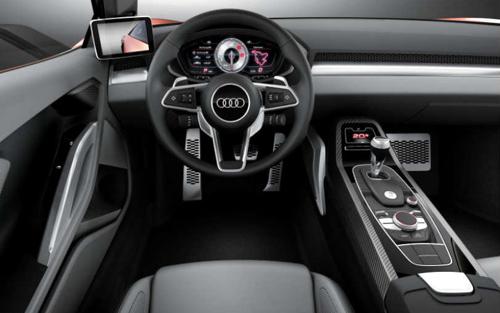 It was earlier announced during the beginning of 2014 that Google has teamed up with a number of motor giants of the world in making their cars more efficient and modern. The android platform of this global company has gained immense prominence among smartphone users, who have termed this technology as a boon for mankind. Android provides an opportunity of interacting with machines in a better and dynamical interface, which is much easy to use. The Open Automotive Alliance is an initiation of the internet giant in a bid to bring together technology and the motor world. Experts are of a view that while Google gets a chance to publicise its product on a larger scale, the auto makers will be benefited in making their cars more technically enhanced.

Android in cars will be functioning through a touchscreen display, which will enable the passengers to operate features of navigation, multimedia and other controls. Audi, the German auto major, was among the first companies to have unveiled this technology in their cars. The infotainment system equipped in the auto maker's car utilises the android platform to connect the occupants with the virtual world. The system allows people to make use of a number of applications available on the internet store for the purposes of navigation, gaming, entertainment and performance. Interestingly, Audi has even tested this automobile technology during crash tests against the likes of Apple and ASUS, and reported that former is much reliable and safe than the latter.

The Open Automotive Alliance has ensured that this automobile technology will offer a better optimized experience to the drivers. The alliance also claims that it is striving to develop new technologies, which themselves will get integrated to the infotainment system of cars. It is anticipated that the new cars integrated with the android platform will be arriving on roads by the end of this year or the beginning of 2015. Currently, the alliance is working with several automotive safety organisations in making the technology a benefit and not a hindrance to the drivers. This global partnership is making sure that the driver does not get bothered by the on-board automobile technology while driving on roads. It is expected that the android platform will initially be a bit costly but in later stages will also be available in all the standard cars running on the roads.