Mahindra & Mahindra has launched the Reva e2o with NXR design created by renowned car designer Dilip Chhabria. As compared to the previous Revai, the car looks more futuristic and muscular. It now can seat four passengers comfortably instead of just two in the Revai, but whether this car has enough pizzazz to take on the might of other successful petrol and diesel vehicles, only time will tell. 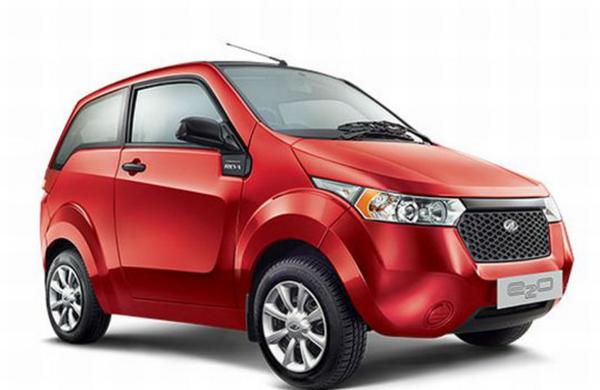 Recently, a new smart phone app has been developed to control various aspects of the e2o. One can control charging of the vehicle, locating the charging stations through GPS and also get battery status. Interactivity also allows the user to compare mileage figures with other fuelled vehicles. Through this, users can also get information about battery usage and charging. One can remain connected with the e2o from anywhere in the world. Taking technology to another level, it is also possible to pre-heat/pre-cool the cabin by using the smart phone app.

Every e2o gets an in-built GSM chip to maintain track of performance issues. Remote troubleshooting can be done in case of software related problems. The Lithium ion battery used in this vehicle is 1/4th as heavy as a regular lead acid battery. A full charge can be obtained in 5 hours by connecting the battery with a 15 Ampere socket and this charge is good to last for 100 km. However, the more interesting parts are the ways in which this battery can be recharged. The smart phone application provided by Mahindra & Mahindra has a Revive button which is capable of providing energy for 8-10 km. Solar power also helps in charging the vehicle while on the move, while the regenerative braking gives additional energy to the battery. Industry experts are of a view that this appears to be a very practical provision for start and stop Indian traffic.

A 6.2-inch touch screen display has been provided within the model, which shows data from the main onboard computer. This gives figures for energy efficiency and kilometres driven over the past 6 days. One can say that these figures would be very helpful in gauging the charging requirements of the vehicle. Mahindra claims that running cost of an e20 is 75 per cent lesser than petrol powered vehicles. In addition, specially designed 155/70 R13 Apollo Amazer 3G tyres have been fitted, which are low-rolling resistance and have been created specially for this vehicle within a period of 6 months.

Through the retail arm of the company, Mahindra plans to set up several charging stations across the country. Pawan Goenka, Chairman of Mahindra Reva states that the company plans to install 300-500 charging stations within the next two years. 90-100 dealerships will be seen during this period across metro and Tier II cities. Charging infrastructure is an important investment on which Mahindra is working hard.

Even though India is quite behind the developed world in terms of development of electric and hybrid vehicles, there is still a lot of scope. Mahindra is very sure that subsidies on electric vehicles are required to make these vehicles affordable for the common man. This was one reason why the launch of e2o was made close to the Union Budget. However, the Government failed to provide subsidies, due to which the car is currently priced at Rs. 5.96 lakhs.