A facelifted version of the Rolls-Royce Ghost has been observed undergoing testing across Europe. The details of air intake and new LED lights under the headlights and on the indicators were hidden from view. In addition, the Outside Rear View Mirrors (ORVMs) of the luxury limousine have also been restyled. The next generation Ghost model has mostly cosmetic modifications and it would be interesting if the British luxury marque installs a more powerful power-mill under its hood. Further, Rolls-Royce is yet to divulge information regarding the global launch of the Ghost facelift. 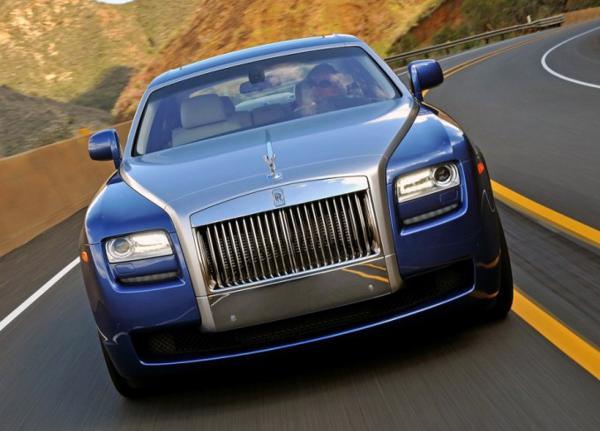 From the rear end, this new Ghost looks quite similar to another Rolls-Royce model, known as the Wraith. This Wraith coupe was last seen at the 2013 Geneva Motor Show. Design on the sides is also similar to that observed on the Wraith and so is the sloping roof line. Additionally, a camouflaged chrome exhaust tip was also seen on this vehicle. Experts believe that the version of this vehicle that will be seen in India would have a longer wheelbase than the one spotted in Europe.

Experts are of the opinion that underpinnings of the new Rolls-Royce Ghost would remain same as the earlier version. The vehicle's power-mill would also be the same, which is a 6.6 litre V12 engine, which produces 570 bhp of peak power and 780 Nm of torque. This engine will be mated to an 8-speed ZF automatic transmission. Rolls-Royce may also be looking at developing a new version of the BMW Eco Pro technology, since it is owned by the German auto maker. In other words, the ultimate luxury in machines is soon to get more environment-friendly as well.