New-Gen Audi A6 to be introduced in India tomorrow 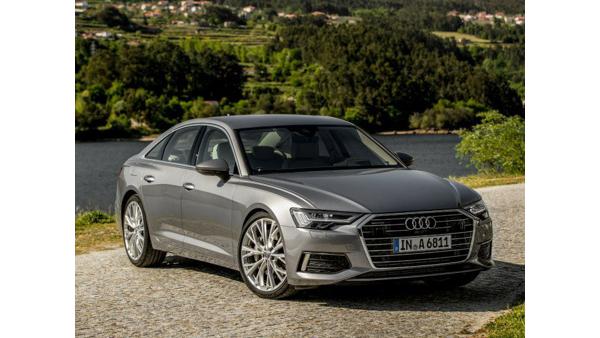 Audi will launch the eighth-generation A6 in India tomorrow. The luxury sedan will get a BS-VI compliant petrol engine at the time of launch. As seen in images, the upcoming model features matured styling elements as compared to its predecessor. Interestingly, this will be the first Audi in India to get the twin touchscreen dashboard.

In terms of design highlights, the new A6 gets a large grille with chrome horizontal slats. Moreover, the sleek and angular LED headlamps and sharp creases on the bonnet render it an aggressive stance. The new A6 gets dual-tone alloy wheels for freshness while the window line looks similar to the existing car. The rear section looks fresh with new LED tail lamps that are connected by a chrome strip.

As for the interior, it gets a premium leather upholstery with twin touch screen for the infotainment and the climate control duties. Moreover, the dashboard is draped in black leather with piano black trims along with aluminium and wood inserts. Safety features include eight airbags, front and rear parking, a 360-degree camera, ABS with EBD, electronic stability program, electric parking with auto hold, traction control and more.

Audi launches eighth generation A6 in India at Rs 54.20 lakhs