Mercedes-Benz India would be introducing an all-new version of its well known luxury Sports Utility Vehicle (SUV), the GL-Class on May 16, 2013. In addition to getting exterior changes and equipment upgrades this SUV will also comes with a greater fire power, as compared to its previous version. Ever since its launch back in 2006, the GL-Class has been a high performer for the company, with its large interior space and superior off-roading abilities. 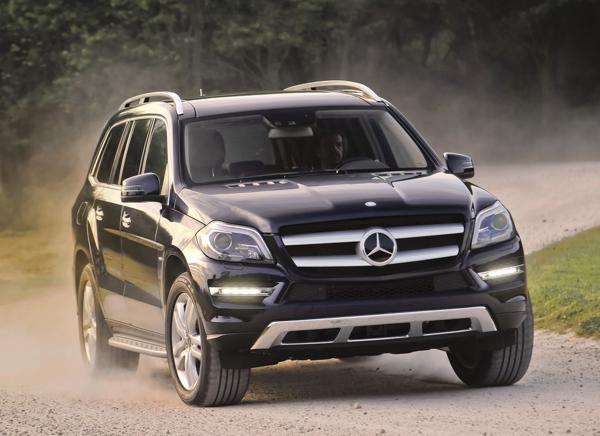 The brand new GL-Class, having won the '2012 Golden Steering Wheel' award, has a more aggressive design language as compared to its outgoing version. The all terrain, 7-seater SUV will also get better interiors, more equipment and a highly efficient V8 petrol engine. This vehicle has recently been launched in the international markets, after which the German auto maker decided to bring it to India. All through the years, this SUV has been a great success in international markets.

Under its hood, the model GL 350 CDI houses a 2987cc turbo-common rail diesel motor, capable of producing 255 bhp of power and 632 Nm of torque. A 7-speed automatic gearbox is mated to the powerful engine in this vehicle. Interestingly, the 2013 GL is 20 per cent more fuel efficient in the European driving cycle, as it is 90 kg lighter than the outgoing model.

A new feature known as Option Surround View has been provided on the GL-Class facelift, which allows the driver to view the vehicle from every angle, with four different cameras placed in the car. Some more luxurious features include an electric sliding sunroof, electrically operated tail lamp cluster and better access to the third row of seats. A higher grade of colour screen and dashboard covered in artico man-made leather could also be expected.

Every Mercedes vehicle comes loaded with safety equipment and the new GL-CLass is no different, The Indian version has Active Parking Assist including Parktronic, a drive authorisation system and others as well. Initially, the vehicle would be brought to the country as a Completely Built Unit (CBU), but would soon be sold as Completely Knocked Down (CKD) unit.

Maruti Suzuki to roll out a new diesel LCV in India