Kia Seltos likely to be offered in performance focused variant 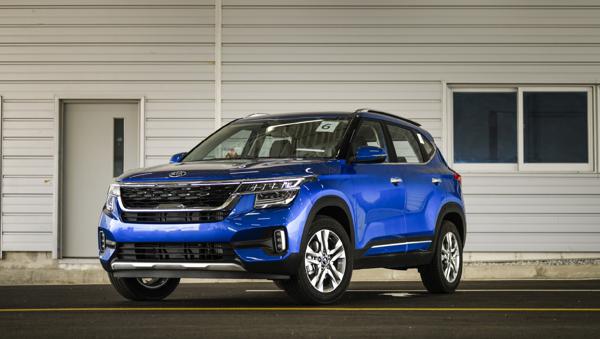 Kia Seltos is due for India launch on 22 August. Until now, we were aware of the fact that the Seltos will be available in two variants and three trims each – Tech-Line (HTE, HTK and HTX) and GT-Line (GTE,GTK and GTX). This time around, we learnt that Kia might also introduce a superior performance-focused GT variant. The company has not spoken in detail about the sportier version of the Seltos yet and is currently believed to be in the development phase.

Mechanically, the performance-focused Kia Seltos GT will be powered by the existing 1.4-litre turbo-GDi engine from the GT-Line. However, it is believed that the sportier Seltos GT will get sportier suspension setup with stiffer springs and a lowered ride height. Additionally, the variant is likely to get a body kit to distinguish it from the regular model. The interior of the vehicle will also get additional sporty detailing as compared to the GT-Line variant.

Bookings for the Kia Seltos commenced in mid-July at a token amount of Rs 25,000. Kia will manufacture the vehicle at its Anantapur facility with an annual production capacity of 3 lakh units. Hyundai Santro, Grand i10 and Tucson offered with discounts up to Rs 2 lakhs