The upmarket SUV segment in India sees the grand entry of two new SUV's from the German automaker. BMW has announced the launch of X6 M and X5 M in India for Rs 1.60 Crore and Rs 1.55 Crore respectively. Both the cars showcase the German automaker's potential at its best in the performance SUV segment. Speaking more on the occasion, Mr. Philipp von Sahr, President BMW Group India, said, “Inspired by motorsport, M is one of the most coveted badges of all and has shaped the history of performance automobiles. The next chapter will begin now with the all-new BMW X5 M and the all-new BMW X6 M, raising the bar for high-performance sports cars with highly emotive design, increased output and outstanding efficiency. Their exclusivity, breath-taking agility and powerful acceleration combined with everyday usability sets them apart in its segment. When these two atheletes from the M family flex their muscles, extreme power is unleashed.” 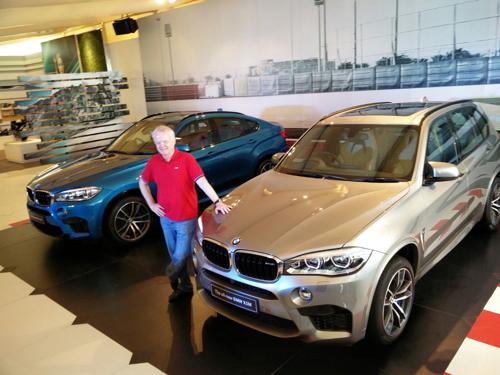 The newly launched BMW X6 M and X5 M are powered by the same 4.4-litre V8 turbo engine that generates about 559bhp of power and 750nm of torque. The engine comes mated to 8-Speed automatic with paddle shifters and features BMW XDrive all wheel drive system to deliver best of performance. The vehicle is capable of attaining a top speed of 250km/h due to elecctronic limiter and clocks a 0-100km/h in just about 4.2 seconds. Both the models are stated to be 20% more fuel efficient. CO2 emissions are also stated to be down by more than 20 per cent, to 258 g/km.