Bajaj Auto, one of India’s largest two-wheeler manufacturers, launched a new model of its popular bike Pulsar 150cc. "We have been continuously evolving our Pulsar range to provide our customers state-of-the-art product with unmatched performance and technology," Bajaj Auto chief executive (two-wheelers) S. Sridhar said. The new bike is priced at Rs. 70,000 ex-showroom, Delhi and is a premium segment bike with 150 cc engine that was launched in early 2001. Pulsar has been an extremely popular model favoured by those who want a fuel efficient premium bike. 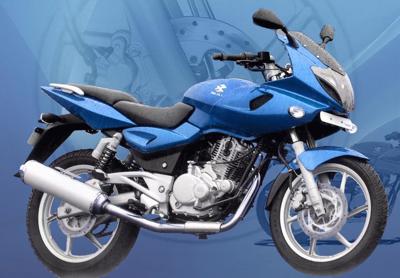 "The new edition of Pulsar-220 has further raised the bar in the performance segment by becoming India's fastest bike," said Sridhar. The new model is devoid of the fuel-injection based system which was earlier present in the 220cc variant. It currently sells 150cc, 180, and 200cc variants in India. The company expects healthy sales figures in this financial year. It intends to sell 175,000-200,000 units every month beginning the second half of the current fiscal. It sold 165,697 units in May 2009 which was down by 8.4 percent as compared to same period last year.