Audi India, the well appreciated German luxury car maker, continues to ride on its successful drive with yet another remarkable month. During the month of May 2013, the auto maker delivered 710 units with a growth of 57.42 per cent under the review of 451 units sold in the corresponding period of last year. Between tenure of January and May 2013, the auto maker increased its sales figures by 24.8 per cent with 4096 units over 3282 units sold during year-ago period. 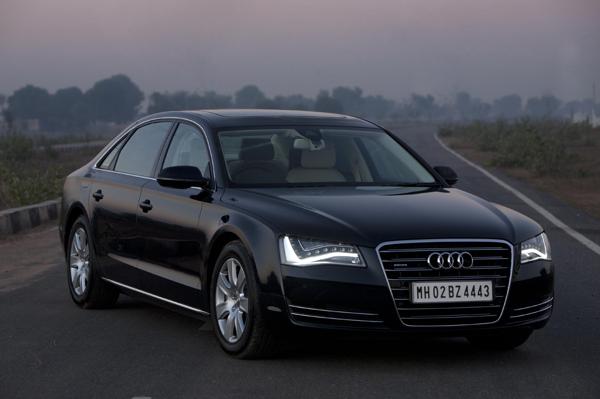 Expressing his views on these brilliant sales figures, the Head of Audi India, Michael Perschke was quoted as saying, “2013 is proving to be a great year for Audi in India. Not only are we achieving spectacular growth month on month, we also achieved market leadership in the luxury car segment in India. It is now important to sustain this momentum to reinforce our leadership and I am confident that we will achieve our sales target of 10800 units (+20%) by the end of this year. At Audi, we have demonstrated over the past 6 years how to delight customers through technology and highly innovative concepts that are in line with our philosophy of ‘Vorsprung durch Technik’. Today, we have emerged as a dynamic and visionary brand with cars that exemplify sportiness, progressiveness and sophistication. All this gives us the confidence to continue to expand our innovative product range, dealer network and introduce some unique engagement initiatives for our customers and prospects.”

Interestingly, the auto maker continued to embark on its dealership and product expansion strategy in 2013. The auto maker company has already inaugurated three new dealerships in Mumbai South, Lucknow and Bhubaneswar and brought several new models in the Indian auto market, namely new Audi Q5, new R8, 2.0 TFSI variant of Audi Q3 and the R8 V10 plus. Of late, the 'Brand with Four Rings' introduced special edition model of Audi A6.

Also, the auto maker celebrated the anniversary of its most popular Sports Utility Vehicle (SUV), Audi Q3, with an enticing finance offer on the first 100 models to be booked after June 3, 2013. Remaining parallel to its impressive marketing initiatives, the leading luxury car maker of India reached out to its followers for not just promoting its iconic model, but also taking the niche of Audi to new heights. Under this innovative scheme, individuals are provided with an opportunity to purchase Q3 at easy monthly instalments of just Rs. 35,400 onwards with a down payment of Rs. 6 lakh.

The Indian arm of German auto maker is looking ahead to expand its dealership network to 34 before the end of 2013 from current 26 centres. The auto maker had already inaugurated new showrooms in Kanpur, Goa, Navi Mumbai, Raipur, Coimbatore, Delhi West, Nagpur and Bhopal, last year.

It must be noted that AUDI AG started the second quarter with growth in sales. During April 2013, the auto maker delivered around 133,500 units with an increase of 6.6 per cent under the review of April 2012. Since the beginning of 2013, close to 503,000 buyers in India have decided in favour of the Audi, representing a growth of 6.7 per cent. Reportedly, this is also for the first time that the Audi surpassed the threshold of around half a million deliveries after just two couple of months.

How about a Premium looking SUV than a premium SUV?

2013 Micra to be a better looking version