The new Land Rover Discovery, a SUV from Land Rover, was launched in India in Aug 2017. Discovery has received 93% rating score from our users. Discovery is preferred for its styling and comfort. It may not have its roots as old as the big daddy of luxury SUVs – the Range Rover; however, the Land Rover Discovery is a legend in itself. Highly practical and with genuine go-anywhere ability, the Discovery has been a conclusive choice of many a luxury SUV buyers who dare to take their expensive ride off-road and onto the beaten path. All-new for 2017, the Discovery has changed radically and appears a lot more upmarket than the unambiguously old-school previous gen model. Here’s what you get.

Measuring nearly 5 meters in length and riding 1,846mm off the ground, the new Discovery is one of the largest vehicles money can buy. And now with all its Range Rover-like styling cues, it no longer looks utilitarian or old-school. As against the old car’s top-heavy stance and boxy lines, the 2017 model looks different but is still unmistakably a Discovery. After all, it retains some of the design features like the distinctive stepped roofline and a rather high waistline.

At the back you will find a new single-piece tailgate design, which has replaced the previous horizontally split configuration. The taillights, too, are now stacked horizontally and look particularly sporty. Lastly, the offset rear number plate is a clear nod to previous-gen Discos; however, we aren’t too fond of the layout simply because it looks rather odd without a tailgate mounted spare wheel – something that the original model came with. All in all, the new car seems like a design revolution for the Discovery family – the taut bodywork highlights the enhanced volume and the more contemporary look pretty nicely.

The Discovery’s cabin is all about practicality, one with multiple usable storage spaces. Other than the usual array of glove boxes and door pockets, it gets a large storage box behind the rotary gear selector. There’s even a fairly big cool box under the front armrest which is a really neat feature. Lastly, there’s the hugely configurable seating arrangement in the 7-seater variant as all three rows are electrically adjustable.

Being a tall vehicle, the Discovery offers excellent all-round visibility and a driving position that is more than high enough for that commanding view of the road. As for the seat comfort, the front seats are massive and offer immense side support and even under-thigh support – they are large enough to keep you comfortable for long hauls.

Similarly, there is plenty of room at the back, with a rear bench that is broad and spacious enough to accommodate three adults easily. Thanks to the Disco’s width, there is hardly any jostling for shoulder room or that feeling of being pushed onto the doors. Although the rear bench is set a tad bit low, it is superbly contoured and the low seating translates to plenty of headroom. Sadly, this new model cannot match its predecessor when it comes to third-row seating comfort – the pair of seats is smaller and to make matters worse, there’s noticeably less thigh support.

As for the features, the Discovery is fully loaded and comes with a 14-speaker premium multimedia system, adaptive LED headlights, adaptive cruise control, lane keep assist, 360-degree parking, a head-up display, 4-zone climate control, interior mood lighting and a tonne of safety tech. However, we would like to add that a lot of features from the spec list are optional extras.

Featuring a new aluminium chassis and body panels made from similar materials, the Discovery has managed to shed nearly 480kg over its predecessor. However, at over 2.1 tonnes for this petrol-powered version, it is still a heavy car. Under the long hood sits a supercharged 3-litre V6 developing 340bhp and 450Nm of torque. It’s got more than enough punch to get the Disco up to speed and keep it there without struggling. The surprisingly effortless acceleration is aided by the brilliant 8-speed ZF gearbox that delivers creamy smooth yet quick gearshifts.

The new Discovery isn’t as nice or sporty to drive as say a BMW X5 but there is no doubting the fact that it behaves noticeably better around corners compared to its predecessor – the steering is less vague and the whole car is more reactive to steering inputs. Make no mistake, the Disco still rolls a lot and feels spongy around corners but it completely demolishes bad roads.

It has an inherent ability to iron out even the sharpest of bumps and rutted imperfections with ease. Better still, the jolts typically experienced in full-size traditional SUVs are next to none. All in all, the Discovery remains thoroughly composed at low speeds but at highway speeds, there is constant vertical movement and that wallowy feeling that air suspension-equipped cars are bundled with.

A lot of the buyers are unlikely to take their Discovery off-road, but it is reassuring to know that it is more than capable at dealing with rough stuff. As standard, you get a two-speed transfer box that offers selectable high and low range gears. The system offers a standard 50/50 torque split between front and rear wheels, but uses sensors to distribute torque between the wheels depending on slippage. It’s a 'shift on the move' system which allows the driver to swap between high and low ratios without having to stop the vehicle, at speeds of up to 60kmph.

The 2017 Discovery takes most of the old model’s traditional qualities – an immensely practical interior, long list of features and off-road hardware – and abbreviates them into a convincing premium SUV. At Rs 1.30 crore (on-road, Mumbai) for the top-spec diesel version, it’s not cheap and next to other European flagship SUVs, it doesn’t look as flamboyant either, however, if you are looking for a family SUV with a versatile cabin and legitimate go-anywhere capability, the new Discovery is difficult to not recommend.

Is Discovery a Good Car?

Discovery has received a very favourable 93% approval rating based on 16 user reviews.

Based on 16 User Ratings

Users prefer to buy Discovery for Styling (87% rating) and Comfort (87% rating). The least appreciated parameters are Mileage (83%) and Performance (83%).

How Discovery fares against competition?

Summary
Land Rover Discovery enters into an all new generation in India. The all-new Discovery is now more modern, bigger and more stylish than the outgoing SUV. Land Rover pitches the all new Discovery 5 against the likes of Mercedes GLS, BMW X5, Volvo XC90 and the Audi Q7. Price ranges between Rs 68 lakh and Rs 1.03 crore.

Further to this, read Land Rover Discovery Road Test details by our expert.

Exterior
The Discovery features Jaguar Land Rover’s new aluminium infused chassis thus loosing at least a couple of quintals in weight. The new chassis-body design opens up more space for the seven occupants in the three-rows that the Discovery is known for. The new Discovery measures 4,970mm in length, 2,220mm in width and stands 1,846mm tall, making it 141mm longer but both narrower and lower than before. Its 2,923mm wheelbase has increased by 38mm, thus creating generous cabin space.  The Discovery 5 takes its design cues from the 2014 Discovery Vision Concept. The new Disco moves away from its characteristic rectangular motif and adopts a more stylish and curvy design language as set up by the new Evoque. Land Rover’s honeycomb grille is now flanked by sleek and modern LED headlamps. The imposing front bumper retains the skid plates and the necessary air vents. The flared wheel arches define the characteristic silhouette of the Disco. The decked up roof is now a little less stepped up compared to the older car. The tailgate is no longer horizontally split and has been replaced with a conventional top hinged tailgate with a slightly raked rear windscreen. The tail lights too are more modern sleek LEDs. Also on offer is a new Metropolitan edition, which gets cosmetic updates such as Bright Atlas detailing for the grille and Discovery badging. This is complemented by Hakuba silver lower bumper inserts, 20-inch satin dark grey wheels, and black Land Rover brake calipers.

Interior
The new Disco has adopted a modern approach on the inside as well. The dashboard is dominated by an eight-inch touchscreen infotainment system, which reduces the number of buttons compared to the older model. The standard features in the SUV include the In Control Touch Pro integrated into the infotainment system, a 14-speaker Meridian digital surround system and four 12V charging points amongst others. The main highlight here is the Intelligent Seat Fold function, which allows passengers to reconfigure the second- and the third-row seats using switches inside the tailgate, the C-pillar, the infotainment touchscreen or even remotely using a smartphone. The stepped-up roof provides ample headroom for the middle and third-row passengers. The Discovery Metropolitan Edition gets features such as a sliding front sunroof and fixed rear panoramic roof, a 12.3-inch touchscreen infotainment system, wireless charging with phone signal booster, an air purifier, front cooler compartment, four-zone climate control, a heated steering wheel, heated and cooled rear seats, powered seat recline, and Titanium Mesh trim detailing.

Engine
The new Land Rover Discovery is powered by a supercharged 3.0-litre V6 petrol mill churning out 335bhp at 6500rpm and 450Nm of torque between 3500-5000rpm. There's also a 3.0-litre six-cylinder diesel engine option which produces 254bhp at 3750rpm and 600Nm of torque from as low as 2000rpm. While the latter will be powering the TdV6 trim, the former will power the Si6 variant. The SUV comes loaded with Land Rover’s off-road hardware. It's a special edition aimed at the Urban buyer 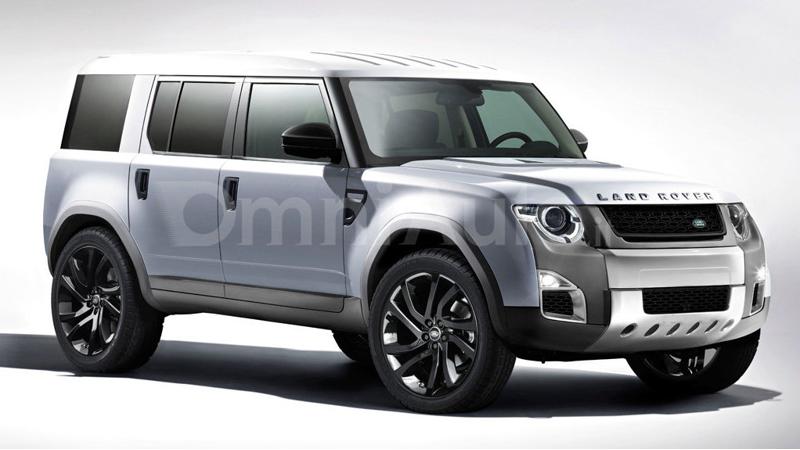 Land Rover has confirmed that the next generation Defender will launched in 2020. This will be the third generation for the British automaker&rsquo;s iconic SUV and is expected to be the biggest 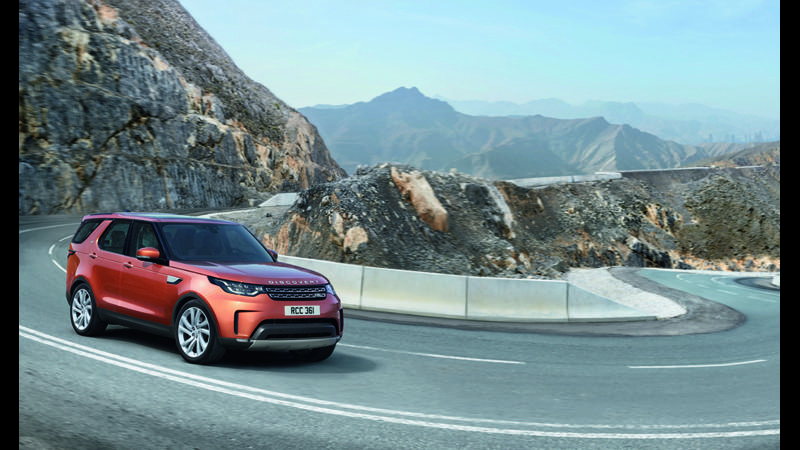 New Land Rover Discovery-What else can you buy

The next generation Land Rover Discovery has been launched in India and the whole range is priced in the region of Rs 68.05 lakhs to Rs 1.02 crores (All India ex-showroom). It&rsquo;s a completely

This 2021 Discovery gets new features, cosmetic updates and a new engine option

The prices of the fifth generation Land Rover Discovery has already been announced in India. Now, the SUV is yet to make a public debut in the country which it will do so on October 28. Land Rover