The overall design has not changed much from the previous model except for the front and rear. It now gets LED projector headlights with integrated DRLs as well as LED fog lights while the rear end features LED J-shaped combination lights, a multi-view camera parking sensors and window wiper with washer and defogger. Honda also offers reworked 16-inch alloy wheels.

The black interior theme gets silver finish around aircon vents, gearstick and on the steering wheel. There is a new 2.0 Digipad seven-inch touchscreen central information display that supports Android Auto and Apple CarPlay. Besides, it comes with an electric sunroof, an engine start/stop button, a multi-information LCD in the instrument cluster and cruise control.

Find a list of all 2 petrol and 2 diesel versions of Honda WR-V. This table includes on-road price which covers all costs like RTO and Insurance.

The Honda WR-V is one of the earliest entrants in the compact crossover/SUV segment that was originally launched in 2017 for the Indian masses. It had the right concoction too, thanks to it being based on the Jazz. Now, the 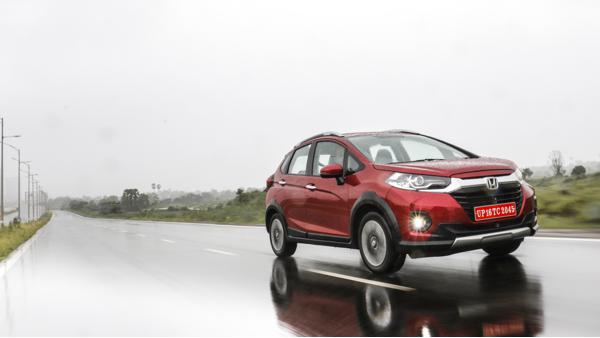 The Honda WR-V is one of the earliest entrants in the compact crossover/SUV segment that was originally launched in 2017 for the Indian masses. It had the right concoction too, thanks to it being based on the Jazz. Now, the BS6 WR-Vs not only have their engines breathing cleaner but there are also a few interior and exterior updates. Powering the BS6 WR-V is the 1.2-litre i-VTEC petrol and 1.5-litre i-DTEC diesel engine, both with manual gearboxes. For this review, we have driven the diesel version of the WR-V to give you a clear picture of how it fares. 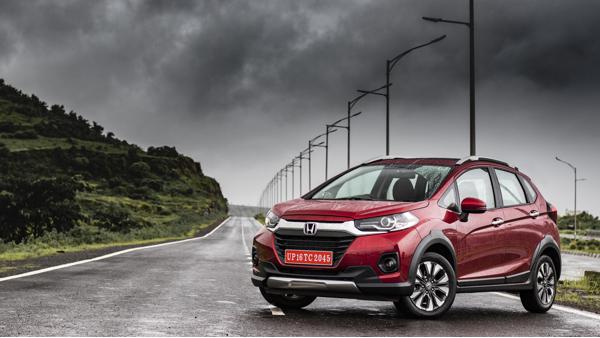 The BS6 WR-V stands out from its predecessor only when viewed upfront, and that’s due to the mildly reshaped grille with more prominent slats, the new LED projector headlamps with integrated DRLs, and the LED fog lamps as well. The rest, which includes the profile and rear section remain identical to the outgoing version, other than, of course, the slightly tweaked LED taillamps. What makes the WR-V look contemporary are the conspicuous skid plates and cladding, along with the handsome 16-inches and tall clearance for that scaled-down rugged appeal. 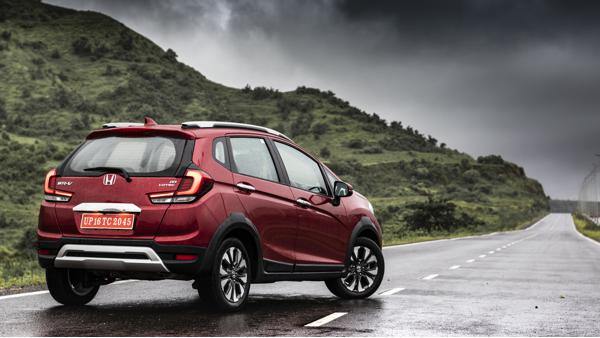 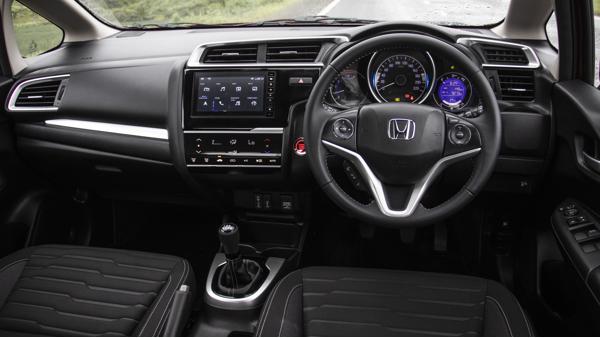 The WR-V’s steering wheel now offers both tilt and telescopic adjustments, which when combined with the large glass area and height-adjustable front seats, allow for a comfy driving position with a commanding view. Although the dashboard is reminiscent of the Jazz, it still looks modern by the way of its attractive design, a seven-inch touchscreen infotainment system, and an ergonomic layout that has lots of cubby spaces. 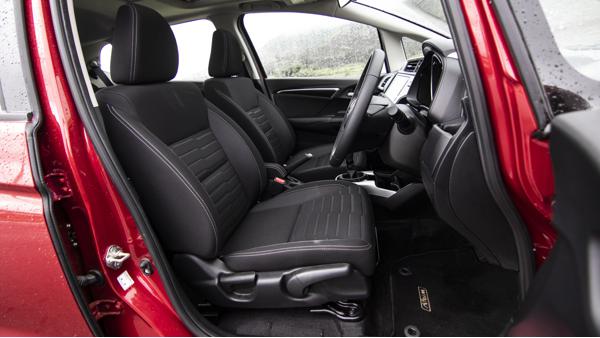 Also, since the WR-V is a tall and wide car, it is reasonably spacious wherein even three medium-sized individuals (5.5 feet) can be seated without much fuss. Nevertheless, rear bench occupants would certainly appreciate more under-thigh support, separate air-con vents, a centre arm-rest, and a charging port. Even a 60:40 split-backrest could have helped swell the 363-litre boot, however, it’s good enough to hold almost everything a weekend trip would need. 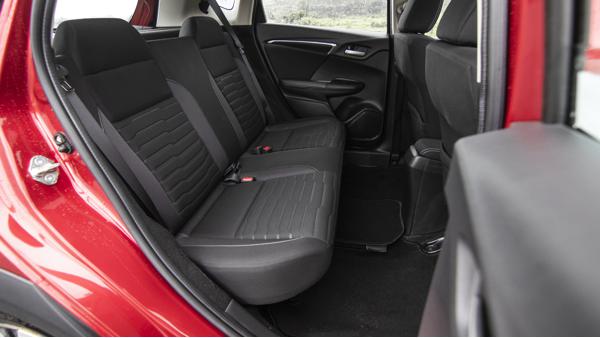 Equipment-wise, this 2.0-version of Honda's Digi-Pad with a seven-inch touchscreen infotainment system now has various customisation options, improved response times, and gets both Android Auto and Apple CarPlay compatibility. Then, there’s climate control, a one-touch electric sunroof, and the earlier HDMI port has now been replaced by an additional USB port. Safety features include ABS with EBD, two airbags (driver and front passenger), rear parking sensors along with a multi-view rear camera, and more. 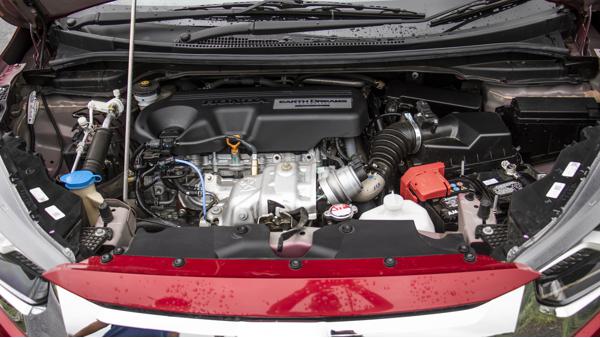 The BS6 compliant diesel motor in the WR-V makes 98bhp/200Nm with the help of a six-speed manual gearbox. With the substantially improved NVH levels in this iteration, the engine sounds quite muffled, and the only real instance when you can hear the diesel clatter is at the higher revs. Thankfully, that’s hardly needed due to the abundance of low and mid-range grunt. 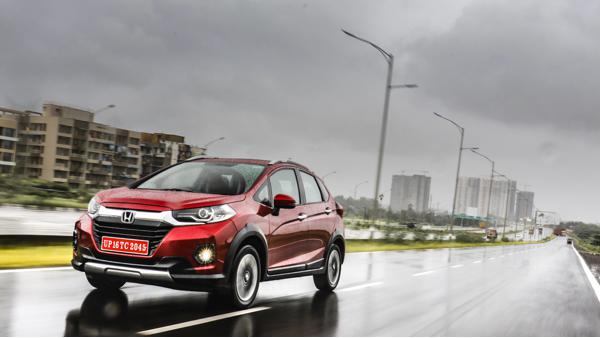 With so much usable torque coming in early, and in a linear fashion, one can easily drive the diesel WR-V all day long at 1,500rpm without breaking a sweat. Likewise, the flexible and responsive nature of this mill means frequent gear shifting at slower speeds isn’t necessary. Interestingly, despite the dynamic nature of this motor, Honda claims a fuel efficiency of 23.7kmpl, which is partially due to the tall sixth gear that acts as an overdrive on the highway. 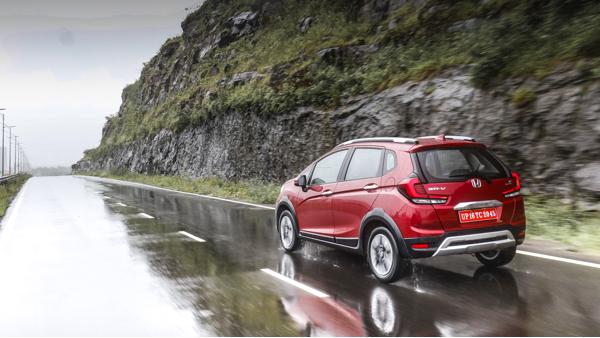 As for the clutch, it is surprisingly light for a diesel, and the gearshifts, though slightly rubbery, can be smoothly actuated due to the short throw and well-defined gates. Even the appropriately-weighted steering responds well to the driver’s inputs with minimal effort. All these make one appreciate how easy and effortless the WR-V is to drive. Sure, there is some body roll due to the long-travel mildly soft suspension, but otherwise, it imparts an absorbent ride. This also means that if you miss spotting a small speed breaker or a sharp bump, the WR-V will gobble it up without sending a jolt through the cabin. The suspension setup is silent too, helping isolate the occupants from the harshness of our roads. 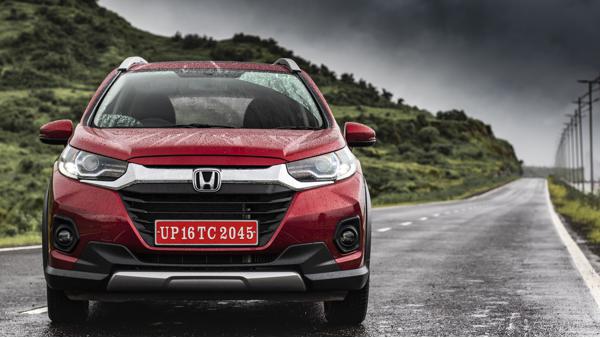 The Honda WR-V’s rather unusual stance isn’t comparable to other compact SUVs in the sub-four metre segment, largely due to its more obvious crossover design. Plus, the fact that it is pricey, from Rs 10.14 lakh (petrol base variant) to Rs 13.45 lakh (diesel top trim), doesn’t make it enticing to most prospective buyers. 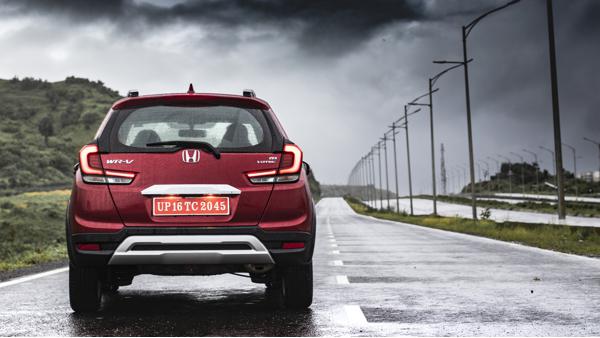 This notwithstanding, the WR-V still packs a punch, thanks to its spacious cabin, good quality levels, and a peppy but frugal motor. It also has reasonable dynamics to boot, boasts all the traits of a practical family car (city and highway), and the quality Honda service network is hard to ignore. A good package indeed, if money and looks aren’t everything for you.

The on-road price of the Honda WR-V in Delhi starts at ₹ 8.90 Lakh for the petrol engine. Meanwhile, the top end model (WR-V VX MT Petrol) with petrol engine is priced at ₹ 10.03 Lakh.

The on-road price of the Honda WR-V in Delhi starts at ₹ 10.91 Lakh for the diesel engine. Meanwhile, the top end model (WR-V VX MT Diesel) with diesel engine is priced at ₹ 11.90 Lakh.

The ARAI reported mileage of Honda WR-V is 16.5 kmpl.

Yes. There are 2 WR-V versions with diesel option.

Note: Specifications for WR-V SV MT Petrol have been mentioned 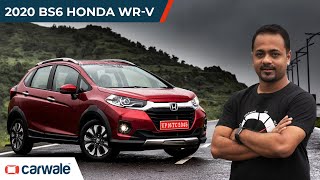 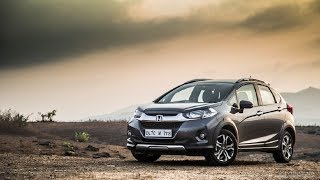 Honda WR-V facelift: Everything you need to know

&nbsp; Honda WR-V&nbsp; Honda has launched the BS6 compliant WR-V facelift in India with a fresh set of cosmetic and feature updates. The updated Honda WR-V is available in two variants &ndash; Honda WR-V facelift&nbsp; Honda Cars India Limited (HCIL) will announce the prices of the upcoming WR-V tomorrow. Bookings for this updated vehicle have already begun in the country. This new