The new Audi S5 Sportback, a Sedan from Audi, was launched in India in Mar, 2021. S5 Sportback has received 100% rating score from our users. Recently, we put up a review of the new Audi A5 and you can read more about it HERE.

The car we are now reviewing is a louder and lustier version of the A5. It's called the S5. It has the same MLB platform as the A4 and the A5. And just like the latter, the S5 is longer and wider, but even more dramatic looking.

It gets some add-ons over the A5 as well. For starters, it's way more powerful. And to better manage the extra dose of testosterone, it gets quattro or all-wheel drive. It also gets a more conventional 8-speed torque converter automatic instead of the 7-speed dual clutch on the A5. And, of course, it sounds great.

The differences between the A5 and S5 are easy to spot on the outside. The latter gets a different design for its 18 inch wheels, the ORVMs get aluminium covers, and to convey the S5's sporty character, it also gets twin tail pipes.

Our test car came with a contrast black roof as well. And a slightly revised front bumper sporting a more purposeful looking splitter. Otherwise, it's the A5 all the way - luxurious, muscular and sporty all rolled into one.

Inside, the differences are more subtle. The S5 shares all its crucial bits with the A5. So, it gets the same high quality dash; the same tactile dials, buttons and toggles; and the same space and practicality.

So, it's still essentially a four seater with limited rear headroom. It has usable door pockets and decent stowage options. And, the ingress / egress height still remains a little too low for comfort.

Having said that, we love the front visibility, the selection of equipment on board, and that big and easy to load boot, all of which is, again, borrowed lock, stock and barrel from the A5.

When it comes to driving, however, the two cars are as different as a warm, soothing mocha and a charged-up double espresso. Both the A5 and the S5 have the same hero ingredient. But, while the former with its quiet and refined diesel is all about ease of driving and wafting in luxury, the S5 with its V6 turbocharged petrol is a wake-up call.

With the driving mode set to Dynamic and the gearbox in S mode, the S5 cannot help but go charging into the horizon. The throttle response is crisp and alert. The engine is in a tearing hurry to hit the redline and it makes all the right noises too. All of this makes it very difficult to keep one’s foot off the gas pedal. The drive can get a little jerky in this setting, especially if you aren't paying too much attention to your right foot. But, the overall outcome is well worth it.

This is also a car that adjusts well. So, metaphorically speaking, if you want to add some milk to the proceedings, just to take the edge off that hard-hitting caffeine - you can switch the S5 to Comfort mode, leave the gearbox in D, and the drive gets progressively less demanding. It's never as soothing as the A5, but it does turn the S5 into a car you can live with, even at the end of a tiring work day.

What one can't escape is the ride. We won't term the S5's ride as bad, but compared to the A5, it is stiffer and noisier. And it always feels unsettled, bobbing about uncomfortably, especially at the rear.

Straight line stability, on the other hand, is excellent. And if one follows a slow-in-fast-out approach with the S5, instead of trying to carry on at crazy speeds into the corner, it can also be quite rewarding on the twisties. And, of course, the grip from the quattro gives it an added edge.

If you are an enthusiast, and believe in the adage that more power is always better, besides loving a good exhaust note, then the S5 is the car for you. It's certainly not as comfortable as the A5 and it doesn't feel special enough to fall in love with it, but it remains a good compromise of appealing looks, agreeable daily drives and likeable performance.

Is S5 Sportback a Good Car?

S5 Sportback has received a very favourable 100% approval rating based on 4 user reviews.

Find a list of all 1 petrol versions of Audi S5 Sportback. This table includes on-road price which covers all costs like RTO and Insurance.

Inside, the Audi S5 Sportback receives features in the form of carbon-fibre and Alcantara inserts, virtual cockpit, a large free-standing touchscreen infotainment system, multi-zone climate control, and a flat-bottom steering wheel. Audi India also offers a host of customisation options for the model.

Propelling the Audi S5 Sportback is a 3.0-litre turbo-petrol engine that is tuned to produce 349bhp and 500Nm of torque. Mated to an eight-speed automatic transmission, power is sent to all four wheels via the signature Quattro all-wheel-drive system. The model can reach speeds of 100kmph from a standstill in 4.5 seconds. 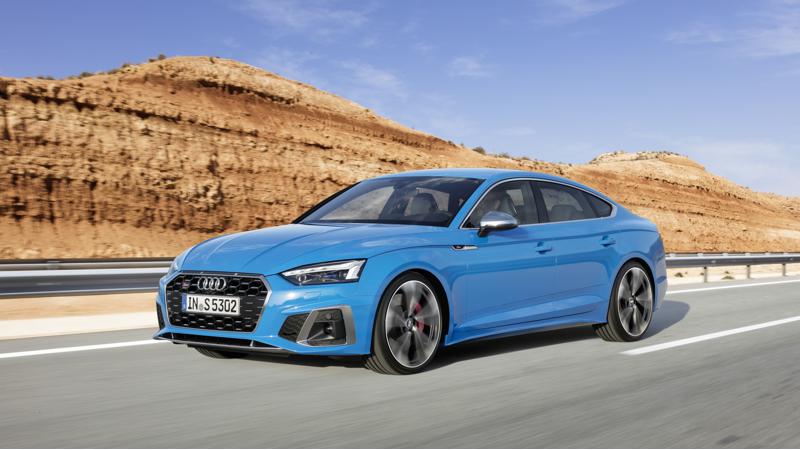 Audi S5 Sportback - Everything you need to know

Audi S5 Sportback Audi has launched the S5 Sportback in India at a starting price of Rs 79.06 lakh (ex-showroom). The newly launched four-door sports coupe has been introduced in India via the 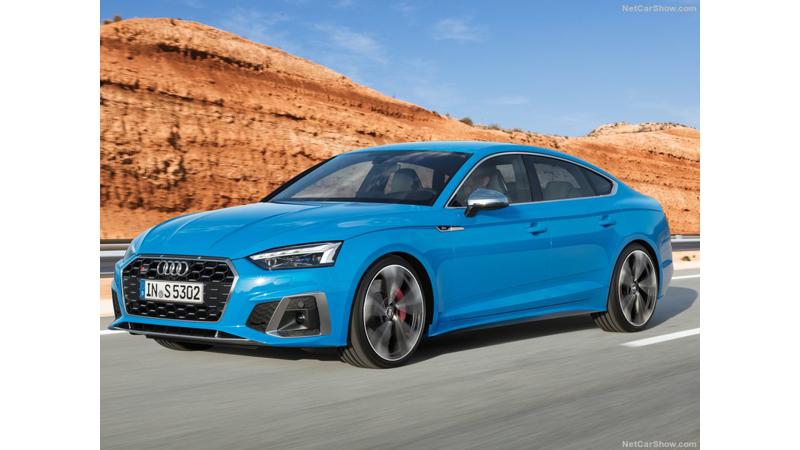 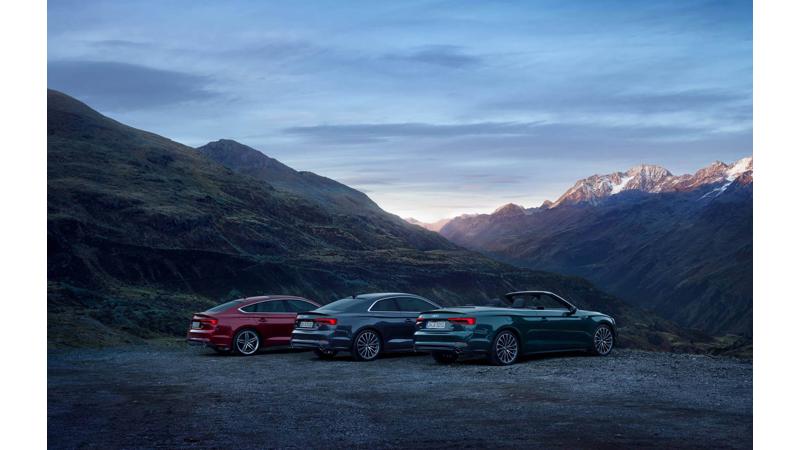 What to expect from the Audi A5

Audi has announced that it will usher a new body style in India to celebrate ten years of its successful tenure in the subcontinent. We know that it is going to be the all-new Audi A5. So before we

The world of fun to drive medium sized luxury cars will get a new competitor in the form of the Audi S5 on 5 October. It will take on the already established Mercedes C43 AMG which has set the latest