The latest BMW X4, a SUV from BMW, was launched in India in Mar, 2022. X4 has received 100% rating from our users. X4 is preferred for its Styling and Comfort. The 2022 BMW X4 Silver Shadow is available in the same two trims as the Black Shadow edition – X4 xDrive30i M Sport and X4 xDrive30d M Sport. Both the variants come with the M aerodynamic package and M performance 20-inch alloy wheels.Key design highlights of the Silver Shadow edition include high gloss black inserts for the window frame, B and C pillars, and side-view mirror base; chrome finished kidney grille and tailpipes; and front, rear apron, and door sill covers in body colour.

The X4 Silver Shadow xDrive30i M Sport is powered by a 2.0-litre, four-cylinder, turbocharged petrol engine producing 249bhp and 350Nm, and the X4 xDrive30d M Sport gets a 3.0-litre, inline, six-cylinder, turbocharged diesel engine delivering 261bhp and 620Nm. Both the motors are paired to an eight-speed Steptronic Sport automatic transmission.

The 2022 BMW X4 Silver Shadow can accommodate five passengers, including the driver.

The German SUV competes against the likes of the Mercedes-Benz GLC 4Matic Coupe.

Based on 1 User Ratings

X4 has received a very favourable 100% approval rating based on 1 user reviews.

How X4 fares against competition?

Find a list of all 1 petrol and 1 diesel versions of BMW X4. This table includes on-road price which covers all costs like RTO and Insurance. The BMW X4 Sliver Shadow is available in two variants. 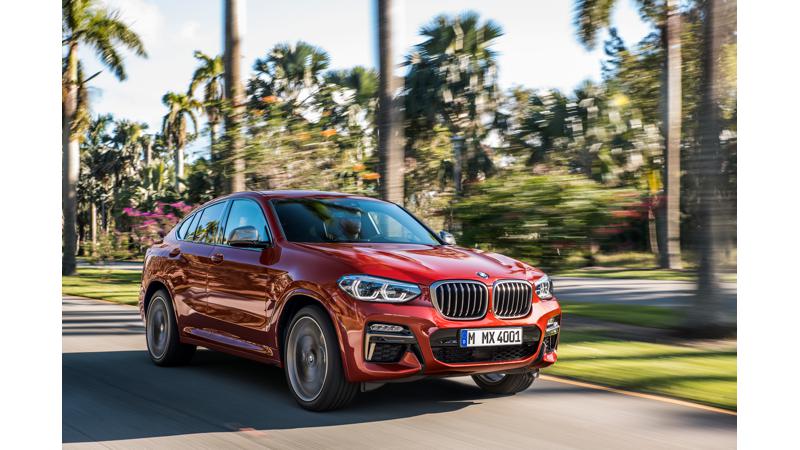 The BMWX4 coupe SUV has been launched in India at Rs 60.60 lakhs (All-India ex-showroom). it is being offered in two diesel and one petrol powered variant. There are four colour options and AWD is