The Bentley Continental GTC, a Convertible from Bentley, was launched in India in Jan, 2014. The Bentley Continental GTC is a two-door convertible model taking into account the GT car. It takes inspiration from its previous Coupe that appeared in 2010. While the first GTC was initially introduced in 2005, the current model including several reworks was revealed in 2012. The new Continental GT Convertible offers the same improvements as its Coupe stablemate, combined with the sheer elation of open-top driving. The huge W12 twin-turbo motor brings another variable displacement framework that joins lower emanations with more noteworthy yield, raising the ability to a shocking 590 PS.

While the first Continental GTC was viewed as tremendously downplayed, the emphatic position of the new model conveys a more contemporary and strong vicinity. A significant number of the GT's signature styling signs have been conveyed onto the Continental GTC. The run of the mill Bentley lattice grille is confined by a striking front light outline, in conventional four-light configuration, with age like detailing including LED daytime-running lights. The three-layer fabric rooftop is accessible in eight hues. Collapsing and ascending in around 25 seconds, the rooftop can be operational amid rates of up to 32 kmph. Standard elements incorporate a warmed glass back window and reading light in the liner, and when the rooftop is down, the warming/ventilation framework consequently modifies air conveyance and volume likewise.

The four-seater convertible flaunts an extravagant hand-made lodge, with delicate touch calfskin shrouds, a broad scope of wood lacquers and profound heap rugs. Bentley says that it has enhanced seat solace and backing over the past model through the utilization of new multi-layer froths. The GTC highlights a propelled in auto infotainment framework upheld by a 30 GB onboard hard commute. The framework incorporates an eight-inch screen show for the auto's sound, phone, ride, and solace usefulness. Bentley claims the GTC is built to give unrivalled levels of inside quietness. The vehicle includes new glass inter layers, underbody sheets, and wheel-curve liners, all outlined and acoustically tuned to deliver negligible street commotion.

Thumping at the heart of the GTC is Bentley's 6-liter W12 twin-turbo petrol motor updated to create 575 bhp of power and 700 Nm of torque. The motor is mated to a six-speed transmission from the Continental Supersports, which parts movement time to only 200 milliseconds. The GTC, similar to all Bentleys, gets a perpetual all-wheel-drive framework. On account of the all-wheel-drive footing and the brisk moving gearbox, the Bentley GTC can rise from 0 kmph-100 kmph in 4.5 seconds and go ahead to a top rate of 314 kmph. Likewise created from the Supersports, is the 40:60 back torque inclination for the all-wheel drive framework rather than the 50:50 set-up of the first Continental GTC. This minimizes under steer amid hard cornering.

The resultant acceleration of the car is surprising. Speed assembles so quick that, in the event you have the GTC in manual mode, you have to pull the upshift paddle as soon as the needle clears past 5000 in first gear. It is because the auto can smack into the limiter the merest portion of a second after that. There's a decent arrangement of squat, and the steering goes light as this car reaches from 0 mph-60 mph in only 3.4 seconds. The quarter-mile takes just 11.6 seconds and goes at 122 mph. The dispatch is a triumph of the all-wheel drive over mass, however even over 60 mph, the Bentley is at pace with the 640-hp Dodge Viper SRT—an auto that is about 1600 pounds lighter. The increasing speed is likewise a triumph of adapting. Not just does the auto hit 60 mph in 3.4 seconds, it packs two movements into that compass. The ZF eight-velocity is modified for speedier moves in this auto, and it accordingly delivers.

Talking about the braking system, the car has a front as well as rear ventilated disc brakes. Also, the car has an adaptive cruise control with option of carbon ceramic brakes with 356 mm rear discs. It has 420 mm front and eight-piston callipers (only available with 20 - inch wheels) too.

The 5998 cc Petrol - powered variant delivers a fuel economy of 8 kmpl in city and 10 kmpl on highways.

If we move in the safety features that the car offers then it has a volumetric alarm system complemented with the Bentley’s tracking system. Park distance control with audible warning is some of the extra features the car has to offer. Also, it has front as well as side and thorax airbags, with front passenger deactivation.

It's a Bentley, thus requires to have cash spent on it, this explains why the V8 is so incredible. Almost 27 mpg equivalents a tremendous driving range by Bentley guidelines. Amazingly, the Speed W12 is currently pretty much presently the standard 6.0-liter model, as well as both, on account of the new eight-speed auto and give back 19.5 mpg. Not green, but rather better than the modest 17 mpg of before.

Sold at this very moment, sumptuous four-seater convertible, the Bentley Continental GTC has no genuine rival in the Indian market. Albeit on estimating, the auto is up against Ferrari's V8 controlled hardtop convertible model - the California.

Find a list of all 4 petrol versions of Bentley Continental GTC. This table includes on-road price which covers all costs like RTO and Insurance. 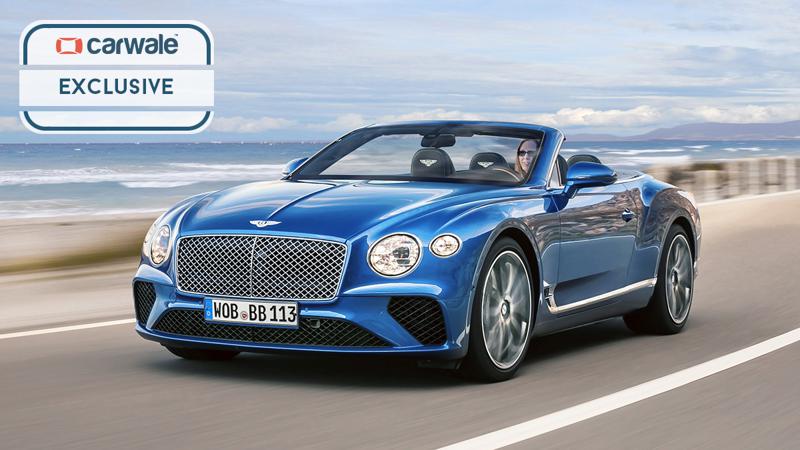 Bentley to thunder up the Goodwood Festival of Speed

Bentley Motors Limited, the British luxury automaker has announced the grand worldwide debut of its new car, Speed1 at the annual Goodwood Festival of Speed. This new car dons the conventional

Introduction There is nothing more luxurious than having an expensive open-top car. It gives you the wind in your face yet at the same time you are soaking in unparalleled comfort. It was the

Made to order Cars by Imperium Automotive

The British company, Imperium Automotive, which specialise in the customisation of Bentley, have introduced a latest limited edition customisation package on 3rd May 2012 for the recent Bentley