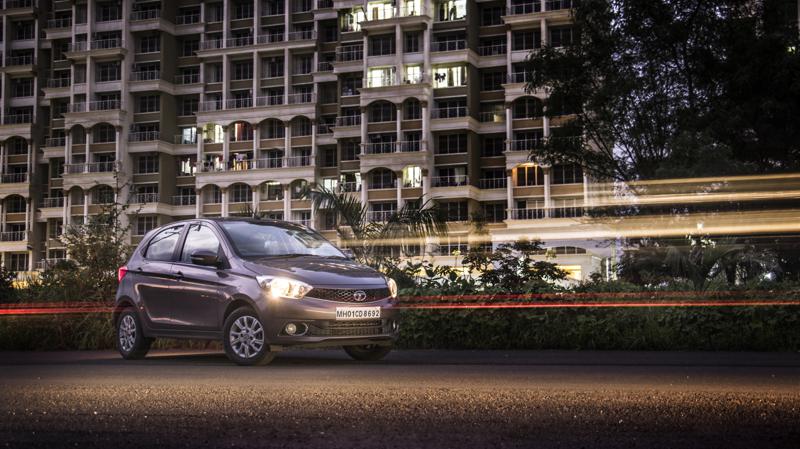 We’ve been happy at the wheel of the Tiago for close to three months now. It’s clocked more than 4600km, but before we part with it, I’d like to glance back at my experience and reveal how it’s really been to live with. Tata Motors’ efforts have paid off, and this hatch has got some really pleasing lines with lots of character to show off. Build quality is something other car makers in the segment need to learn from. And while it comes equipped with impressive features like that eight-speaker Harman infotainment system, it is also quite spacious. With our Tiago traversing the majority of our monsoon-crippled roads, it displaced even the worst of potholes with a composure usually seen on bigger cars. Impressive, to say the least. While passengers had only good things to say about the air conditioning and ambience, the soft cushioned seats meant that longer stints did result in back aches. Our Tiago came with a rattle from the front end, and despite a workshop visit, it just didn’t stop. We also ran into some inconvenience with the boot lid only being able to shut with more than a regular shove. But these niggles weren’t enough to dampen my spirit. Driving this hatch in the city is a joy, especially when you have compact dimensions, brilliant visibility and the rear parking sensors which reflect information on the screen. 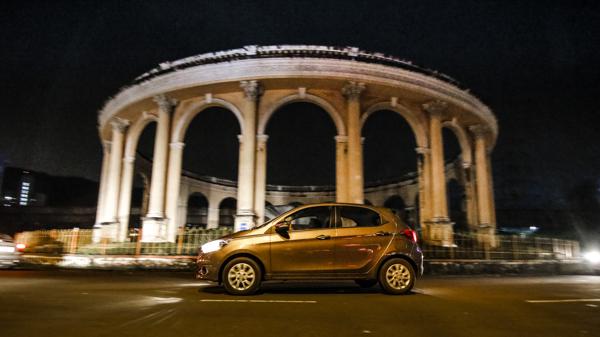 With a diesel heart, our Tiago, with its 1.0-litre Revotorq motor has more than enough power for everyday commuting and some relaxed touring. It hardly makes a buzz, due to superior insulation, until you rev it to the red line. With most of the action happening around 2000rpm, this is where you’ll need to be if any sporty move is required. I’ve tried navigating through some really narrow roads and other than the slight slack around the straight ahead position, the light steering provides good confidence overall. It also consistently returned 15.48kpl in the city and 18.27kpl on the highway, even while doing the run-around amidst shoot errands. I admit that I was sceptical about the Tiago way back in the beginning, but I stand corrected. Barring some issues that aren’t really deal breakers, I’d recommend car buyers around this segment to boldly opt for the diesel Tiago. It offers a great package of looks, features, build quality, space and driveability that really stands out more due to the competitive pricing. As for the team at CarTrade, we’ve all had our share of great moments with this hatch, and are sure that this is one car that has the essence to sell well.