The Renault Duster has been a game changer for the French car manufacturer in India. At the time of its launch in the country, the SUV grabbed eyeballs for its distinctive style and rugged build quality. But, it had started to become a bit long in the tooth. To tackle this, Renault introduced the updated Duster in India with fresh cosmetic upgrades back in July this year. And, what we have here today is the second-to-top RXS 4x4 Opt diesel variant of this new Duster in caspian blue which is available for an on-road (Delhi) price of Rs 14.90 lakhs, the cheapest in its segment! So, let's take a look at everything that's new and everything that's not! Visually, the updated Duster looks fresh, particularly due to a new fascia with a tri-wing chrome grille and revised headlamp clusters with projector lamps and LED DRLs. The bonnet gets a few creases and is slightly raised to meet the pedestrian safety guidelines. While Renault calls it the new Duster, I would like to think of it as the most comprehensive update to the SUV since it was launched in 2016. 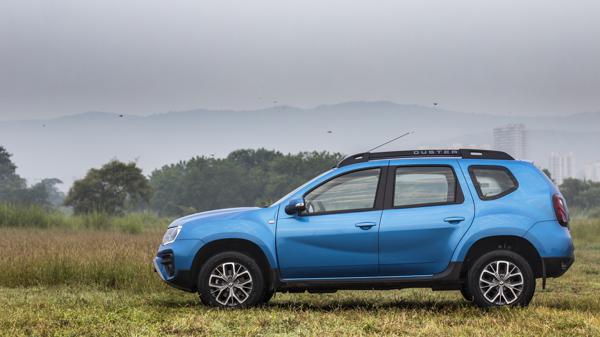 The sides get a mild update in the form of new 16-inch alloy wheels, while the rear gets a newly tweaked bumper and a dCi 4WD badge. As compared to the other top-spec variants, this 4x4 RXS diesel variant does not get a black applique on the tailgate. Also, the S-Shaped tail lamps have been carried over from its predecessor. 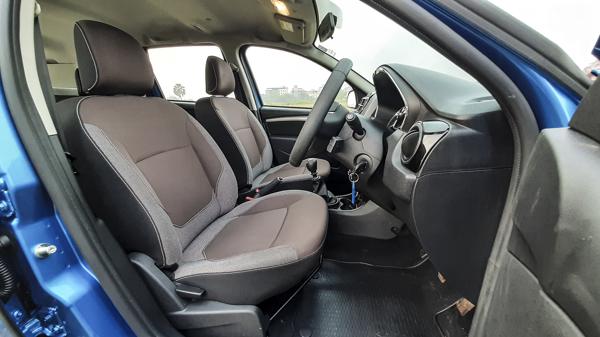 Renault has also updated the interior of the new Duster. This particular model, the RXS 4x4, comes with a new steering wheel while the circular air vents on the dashboard have been replaced by the rectangular vents. The seating position is good and offers adequate lumbar support for the driver as well as the co-driver. The rear seat gets a centre armrest with a cup holder which can be folded to accommodate three passengers. 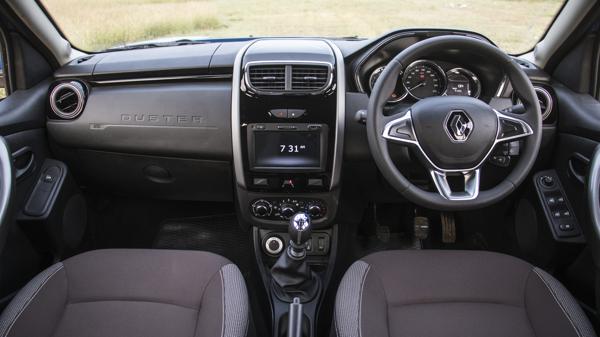 The utility space on the top of the dashboard is now neatly organised towards the passenger side. The seven-inch touchscreen infotainment with Apple CarPlay and Android Auto is a good upgrade. The touch and feel on the infotainment system are also a cut above that of its predecessor. But, the screen could have been placed at a higher level to aid the driver with better visibility when driving. With its current position, the driver might get distracted as he would need to take his eyes off the road to use the infotainment system.

Now, the Duster does get good quality upholstery but it does not offer a plush feel. The SUV further misses out on quite a few convenience features like the front armrest, driver seat height adjustment and rear AC vents. That said, the Duster has a large glasshouse design that offers a good view of the surroundings. This is particularly helpful while driving in bumper-to-bumper traffic in the city. Moreover, the large windows ensure that the occupants do not feel claustrophobic during long commutes. The Duster also has ample boot space to help you move houses or carry an extra suitcase for that perfect family holiday. I had my reservations about how the Renault Duster would perform within the city, especially with its large dimensions and a manual transmission. To my surprise, the it's brilliant within the city and the intelligent gear ratios ensure that you do not require frequent gear shifts. Highway driving is impressive as well, as the SUV feels planted at higher speeds. The Duster always had a brilliant suspension setup which absorbed almost everything you threw at it. The RXS 4x4 carries forward this legacy with an off-road tuned suspension setup that gets an independent pseudo MacPherson suspension in the front and a multi-link rear tyre suspension to handle AWD duties. The SUV has good brakes with a nice bite and the ABS has been well-calibrated to provide an assuring feel. The Duster RXS 4x4 is powered by a 1.5-litre, four-cylinder dCi diesel engine that produces 108bhp at 4000rpm and 245Nm of torque at 1,750rpm. Most diesel cars in this segment are a bit noisy and the Duster too has some amount of engine noise in the cabin, but in comparison to its competitors, the cabin noise is not too bothersome. You get three modes to choose between 2WD/Auto/4WD options. Drive the vehicle in Auto mode and the engine effectively powers all the four wheels whenever required. The vehicle has a commendable off-road driving ability and is best suited for enthusiasts who seek a weekend escape to the off-road trails. Moreover, a modest ground clearance of 210mm is enough to help you clear most obstacles without breaking a sweat. 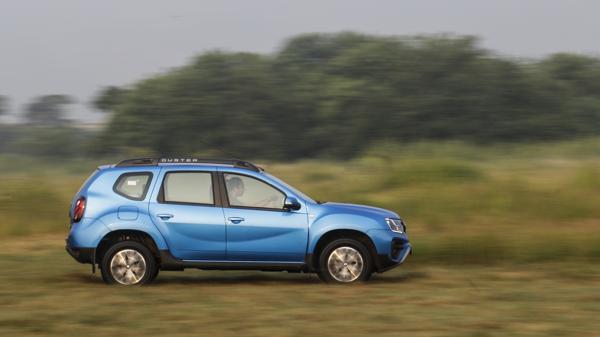 The six-speed manual gearbox is notchy and the clutch is slightly on the heavier side as well. Moreover, the steering is also on the stiffer side, but that is helpful particularly at higher speeds as it prevents unexpected manoeuvres. This said 4x4 model is not just a good handler on regular roads but also an impressive performer off the roads. The Renault Duster can be your all-in-one car. You can drive this SUV to work every day or use it for intercity trips with your folks. Moreover, the Duster 4x4 is also designed to meet your occasional off-road trail driving needs. Now, looks can be subjective and the new Duster might not necessarily be a head turner amongst all the new kids on the block, but it still manages to stand out. An automatic option would have definitely upped its game, but then, the Duster RXS 4x4 diesel manual offers a fine balance of features, impressive drive quality and ample space for the occupants, and mind you, all of this, at a really good price!