Yamaha India has introduced a new model of its popular Ray automatic scooter in the domestic two-wheeler market in Goa on May 24, 2013. The new scooter is called 'Ray Z' carries a retail price of Rs. 48,555 (ex-showroom Delhi) and will cater to male buyers in country. 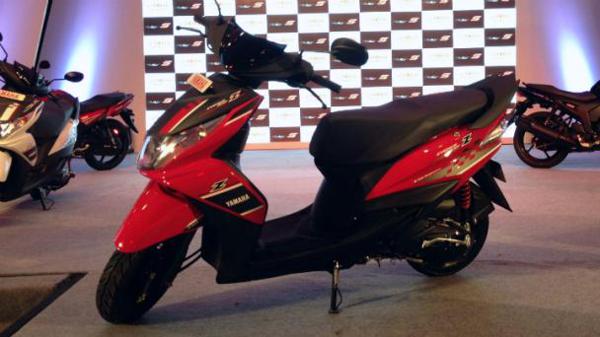 Prior to the newly launched Ray Z scooter, the Yamaha Ray models were purchased by mostly female audience in the country. At present, the Japanese two-wheeler maker sells around around 10,000 units every month of the Ray scooter and has set a sales target of 5,000 units of the new Ray Z automatic.

The Yamaha Ray Z is powered by the same 4-stroke, air-cooled, 113 cc engine that develops a maximum power output of 7 bhp, along with a highest torque figure of 8.1 Nm. The engine powering Yamaha Ray Z scooter delivers an impressive mileage figure of of 53 kmpl (ARAI certified), which looks like its strongest suits at the outset. Looks wise, the Ray Z features a meter visor and carbon patterned seat that would appeal to an average male buyer's preferences. The other technical upgrades include V-belt automatic transmission system and underbone frame, along with telescopic front and unit swing rear suspension systems.