What to expect from upcoming Porsche 718 Cayman and Boxster

Porsche's Indian counterpart had hinted at the launch of the 718 Cayman and Boxster by listing the cars on their website last year. Let's take a look at what we can expect from Porsche 718 that will now be launched on February 15. 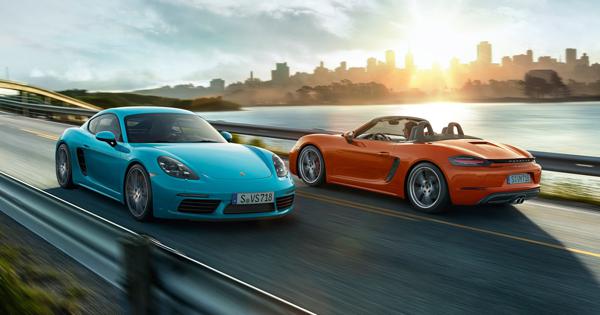 First up, the cosmetic changes. The updated 718 Cayman had premiered at the 2016 Beijing Motor Show revealing the cosmetic tweaks on the car. These tweaks might not be revolutionary, but bring in a fresh avatar as compared to its outgoing model. And now this new car is also a part of the entry level '718' range, which includes the 718 Boxster as well. This car had debuted at the 2016 Geneva Motor Show.

The interesting part is the replacement of the predecessor's flat-six engines with the new turbocharged four-cylinder mills. This update has made the models powerful and more fuel efficient as well. The Indian models will come powered by a 2.0-litre engine mated to a seven-speed PDK transmission. This mill churns out 296bhp of power and 380Nm of torque enabling the car to do the 0-100kmph sprint in just 4.9 seconds.

On the pricing bit, we can expect the cars with the downsized engines to be priced lower than the outgoing models. But this time around, the Cayman will undercut the price of the Boxster, opposite to what was the case earlier.