Volvo XC40 to soon be offered in two more variants

The Swedish car manufacturer, Volvo recently launched the XC40 in a single R-Design variant. This time around, fresh details have emerged that the company might introduce a new base and top spec variant for the XC40, likely to be called Momentum and Inscription, respectively. Reports further indicate that dealers have already started accepting bookings for the variants and is expected to be introduced in the following months.

When introduced, the base XC40 Momentum variant will miss out on features like Harman/Kardon audio system, wireless charging, power tail gate and adaptive cruise control. This will be offered as a budget friendly variant and the leaked brochure further reveals that the trim will lose out on other features such as park assist pilot, heated seats with power foldable rear headrests and remote tag. 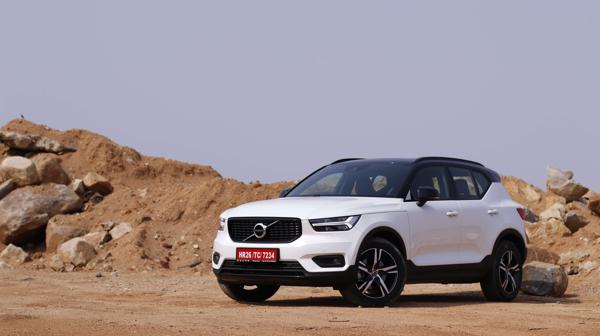 The yet to be introduced new top-spec XC40 Inscription variant will offer additional features over the R-Design variant in the form of a new grille, LED headlamps, front fog lights, crystal gear knob, metal tread plates with the Inscription badge and drift wood décor trim. Additionally, the vehicle will also get Inscription moulding on the C-pillar.

Mechanically, all three variants will be powered by the existing 2.0-litre, four-cylinder twin-turbocharged diesel engine that generates 187bhp of power at 4,000rpm and 400Nm of torque at 1,750-2,500rpm. The engine comes mated to an eight-speed automatic transmission and a Haldex all-wheel-drive system. All three variants are offered in a set of 18-inch five-spoke alloy wheels in different designs. 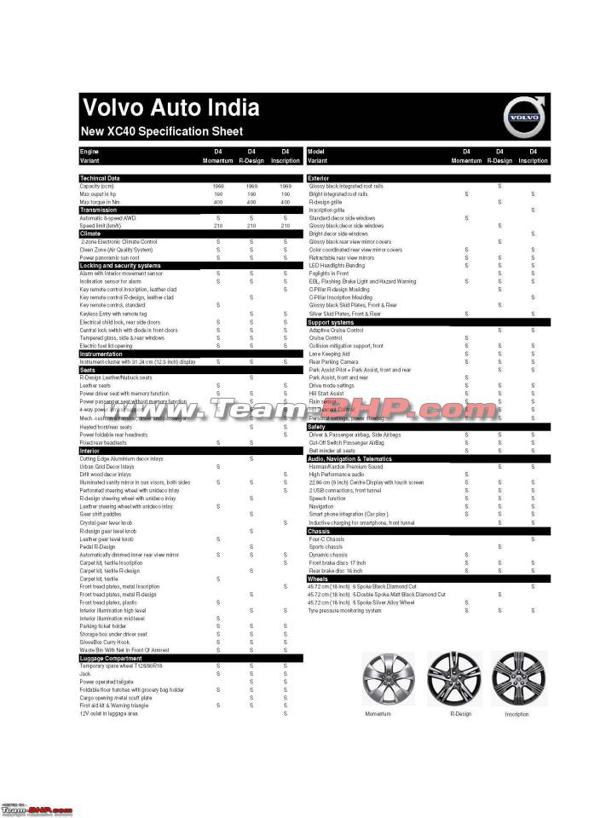