Volvo V40 to take on BMW X1, Promises to be 'Value for Money' rather than 'Money for Value'

Swedish auto major Volvo Cars is often credited for building some of the world's safest cars and the soon-to-be launched V40 Cross Country crossover would be no different. The design of this vehicle, which seems to be the perfect amalgamation between a luxury saloon and a Sports Utility Vehicle (SUV), seems to be better than BMW X1 at the outset. The V40 was showcased at the 2012 Paris Motor Show and attracted several visitors towards the Volvo pavilion. 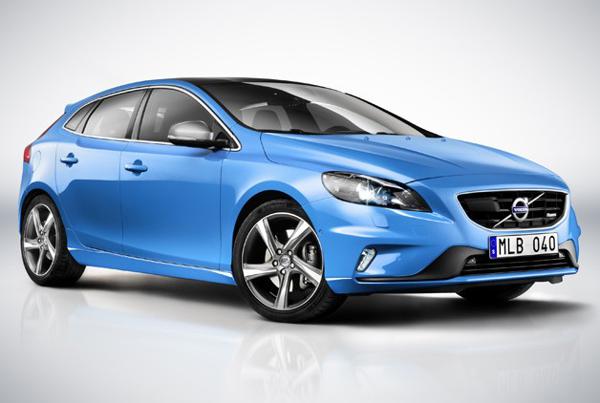 Volvo V40 to take on BMW X1, Promises to be 'Value for Money' rather than 'Money

The upcoming Volvo V40 is not an outright SUV, unlike some of the rumours that were circulating in the media. From the outside, the V40 appears to be capable of taking on competition from the Mercedes-Benz B-Class Sport Tourer as well. While the V40 crossover scores more points for futuristic designing, the B-Class Sports Tourer appears classier and more aggressive. Other possible rivals for this capable crossover would be the Audi Q3 and the BMW X1. As the V40 is expected to be priced below Rs. 25 lakh in the Indian market, it would pose stiff competition to the BMW X1 that starts at a price above Rs. 27 lakh.

Under its hood, two petrol and four diesel engine options are expected to be provided for the V40. A 2.0 litre turbo diesel engine generates a maximum power output of 148 bhp with a torque of 350 Nm could power this vehicle. Additionally, this powerful engine is mated to either a 6-speed Geartronic or 6-speed manual gearbox. Interestingly, both petrol and diesel engines have Start/Stop technology, to optimise consumption of engine power.

In contrast to the Volvo V40, Mercedes-Benz B-Class is available in two variants, namely B-180 and B-180 Sport. which hold a 4-cylinder In-line 1.6 litre petrol powertrain that delivers a decent power output of 121 bhp and peak torque of 200 Nm. So the V40 clearly beats the Mercedes-Benz B-Class Sports Tourer in the power department. If one compares the V40's engine specifications with those of the BMW X1, there is not much difference. The X1 is also powered by a 2.0 litre engine, which generates a higher 177 bhp of power.

The Volvo V40 is known to be one of the world's safest cars. It does not get All Wheel Drive (AWD) but it certainly has the potential to capture the market from BMW X1 and Audi Q3. It remains to be seen how much confidence Indian buyers have on the Swedish marque.