Volkswagen to launch Tiguan AllSpace in India on 6 March 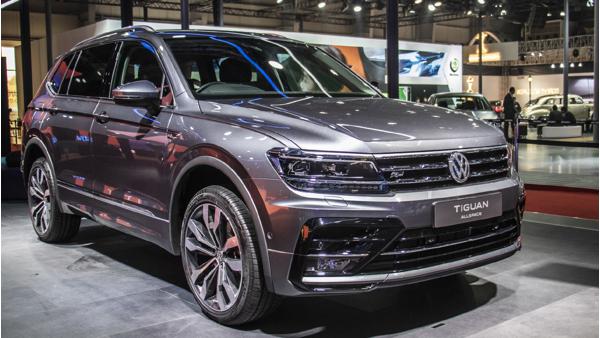 Volkswagen will launch the seven-seater version of the Tiguan, the Tiguan AllSpace in India on 6 March. The Tiguan AllSpace was showcased at the Auto Expo 2020 and it measures 109mm longer than the current model. The upcoming vehicle is part of Volkswagen's SUV offensive under the group's 'India 2.0' project.

Mechanically, the Tiguan AllSpace gets a BS6 compliant 2.0-litre TSI petrol engine mated to a seven-speed DSG transmission that produces 190bhp. The upcoming SUV will also get Volkswagen's 4MOTION all-wheel drive system. In terms of safety, the Tiguan AllSpace will get seven airbags, ESP, ABS with EBD, tyre pressure monitoring system, and a reverse parking camera among others. In terms of pricing, the SUV is expected to be priced around Rs 35-40 lakhs and will compete against the likes of the Skoda Kodiaq, Toyota Fortuner and the Ford Endeavour.

Volkswagen to launch T-Roc in India on 18 March