Volkswagen Tiguan likely to be introduced in May

Volkswagen had recently confirmed that it will be soon launching the much awaited Tiguan SUV in India this year. It is believed that the German automaker might launch the new vehicle in May, while bookings for the same might begin in April. The SUV has been spotted undergoing test on Indian roads on a few instances. To be introduced for the first time in the country, the Tiguan will compete against the likes of Ford Endeavour, Chevrolet Trailblazer and Toyota Fortuner. 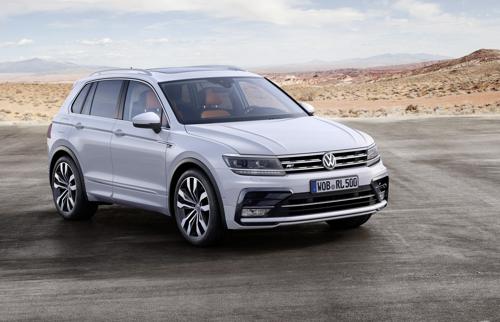 The upcoming Volkswagen Tiguan will be based on the MQB platform. Under the hood, it will be powered by a 2.0 litre TDI diesel engine mated to a 7-speed DSG automatic gearbox to generate 147bhp of power. Offered in the international market from quite a long time, the new model is reportedly 50kgs lighter than its predecessor. Moreover, the new Tiguan gets a slightly longer wheelbase of 77mm to 2681mm, thereby offering more space to the occupants. The SUV will be offered in five-seat and seven seat options.

Reports indicate that the lower Tiguan variants might get a five-inch display while the higher variants might be offered with an 8-inch touchscreen infotainment system with Apple CarPlay, Android Auto, MirrorLink connectivity and satellite navigation. Built under Volkswagen’s premium branding, the Tiguan will be offered with upmarket upholstery. Safety being of top priority for the brand, the vehicle will get ABS and multiple airbags as standard at the time of launch.