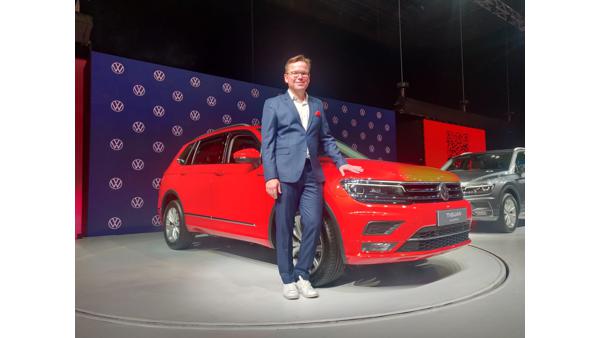 Post much wait, the Volkswagen Tiguan AllSpace, has been launched in India. Prices start at Rs 33.12 lakhs (ex-showroom India) for the single trim it is offered in. Bookings are already open for the Tiguan AllSpace and deliveries will commence shortly. The model is available in seven colours including Pure White, Petroleum Blue, Ruby Red, Habanero Orange, Deep Black Pearl, Platinum Grey and Pyrit Silver.

The Tiguan AllSpace is a seven-seat full-size SUV that's 109mm longer than the Tiguan. It is a part of the company's SUV offensive under Volkswagen Group's 'India 2.0' project. The Tiguan AllSpace will compete against the Toyota Fortuner, Skoda KodiaqFord Endeavour and the Mahindra Alturas G4, a segment where Volkswagen didn't have its presence earlier.