It seems that the rivalry in the compact Sports Utility Vehicles (SUVs) segment of the Indian car market is getting more intense day by day. Seeing the growth in this segment, several auto makers have started launching their new models, loaded with a number of advanced features to lure the Indian buyers. Some of the most prominent compact SUVs in India are Renault Duster, Maruti Suzuki Ertiga, Mahindra Quanto and the recently launched Ford EcoSport. In addition, Japanese car maker Nissan is also planning to introduce its own compact SUV, Terrano, which will be the last product of the badge engineering between Nissan and Renault. And if reports are to be believed, German car maker Volkswagen is also slated to enter the segment by 2016 with the introduction of its compact crossover called the Taigun. 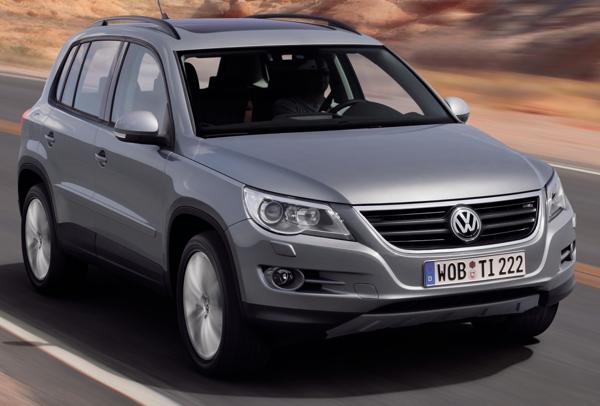 Sources have claimed that Volkswagen will be producing the Taigun in two plants, one in India and the other in Brazil. The German car maker is not likely to launch the Taigun in the American market due to its non-compatibility with buyers there. Volkswagen will be looking forward to target fast growing regions of the world, such as Asia and Southern Africa. Statistics have revealed that the compact SUV segment recorded total sales in excess of 8.7 million units across the globe. Industry experts feel that this number is going to increase further, owing to the continuous rise in demand in developing nations.

It must be noted that Volkswagen is known throughout the world for producing cars that are both fuel efficient and powerful. Industry experts are of a view that it is likely to bring a touch of distinctiveness to the existing concept of front-wheel compact SUVs. First unveiled at the Sao Paulo Auto Show in 2012 as a concept car, Taigun is expected to be based on the PQ12 structure on which its Up! has been designed.

There are two plants in the world that will be produce the Volkswagen Taigun. The Sao Paulo facility will roll out the left-hand drive versions of the Taigun, while the Pune unit will make the right-hand drive model. Industry experts believe that the Volkswagen Taigun is going to face stiff competition in the Indian car market, post its launch. With the Renault Duster, Ford EcoSport, Maruti Suzuki Ertiga and Mahindra Quanto already having a strong foothold, the Taigun will also have to outdo the likes of upcoming Nissan Terrano.

Ford EcoSport, according to many, will be the fiercest rival of the Volkswagen Taigun. The compact SUV from the American auto giant has generated a tremendous level of response from the Indian car buyers. One reason why the Ford EcoSport has managed to draw this kind of response is due to its stylish looks. Apart from the style, its performance, power, spaciousness and fuel efficiency have led to a high level of success. Industry experts say that the Taigun will have to include all these factors in order to give the EcoSport a run for its money. Some experts also feel that since the launch of Taigun is three years away, it would be difficult to predict future trends. However, one thing that is sure is the fact that the scenario is looking bright for compact SUV makers in the Indian car market.