Auto makers around the world may be facing tough times but each one of them seems to be optimistic about the growth of auto market in the developing markets such as India, China, Russia, etc. This includes Volkswagen as well which continues to be upbeat on India. 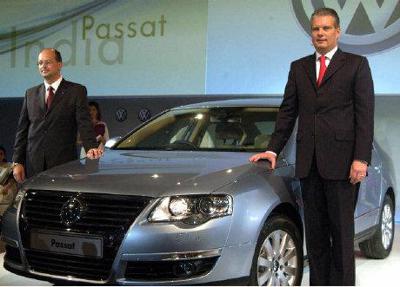 Joerg Mueller, President and Managing Director of Volkswagen India, spoke at the 24th India Economic Summit in Delhi organised jointly by the World Economic Forum in cooperation with the Confederation of Indian Industry. He said his company’s experience in India has been positive. He also reiterated that his company maintains its plans to invest 580 million Euros in India as it expects the demand to recover. ``We are quite optimistic about India. We see opportunities,'' Mueller said. ``We don't have a liquidity crisis at Volkswagen.''

The company is also planning to launch its small car, Polo, by 2010. The small car will be manufactured at its new facility in Chakan near Pune. VW initially plans to tap the domestic market when the model is launched. It later plans to make India as its exports hub for small cars developed for the right hand drive markets. It also plans to start selling its vans by mid-2009.

Porsche to Bring Panamera to India

Suzuki Nissan to Have a Tie-Up in India