Volkswagen Jetta has been tagged as the ‘Executive Car of the Year 2009” by India’s one of the most prominent automotive magazine, Autocar India. The company awards Autocar Awards for auto excellence in India since past two years. It aims to recgonise and select a car that promises reliability, comfort, safety, drive-ability, performance, etc.

Volkswagen launched its model, Jetta in 2008 and has sold more than 1000 units in a span of five months. The car is currently being assembled at company’s Aurangabad plant. 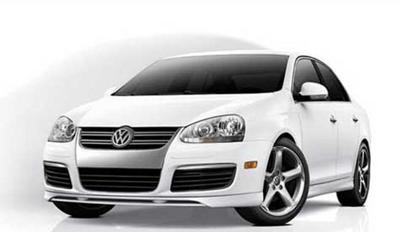 “We are delighted to be the winner of the prestigious Autocar award – the Executive Car of the Year 2009 – and the choice has clearly established the Jetta as a world class car which meets all the global standards of safety, design and performance. The award adds to the Volkswagen brand in India and will help us in achieving greater heights in the New Year," said Uwe we Bodendiek, Director Sales and Dealer-Network Volkswagen Group Sales India.

Although VW Jetta has been launched only last year, however, the company has already started working on bringing the next generation Jetta to India. The company is working on a new model with larger wheelbase but the new Jetta may not make it to the Indian auto market before 2012 or 2013.