The European ‘people’s car’, Volkswagen Beetle will hit the Indian roads next year. “Volkswagen is known as Beetle in India. We have studied the market and feel that there is space for Beetle. We are planning to make it available in the middle of this year through imports,” said VW spokesperson. Hence the car will be launched in the year 2009. 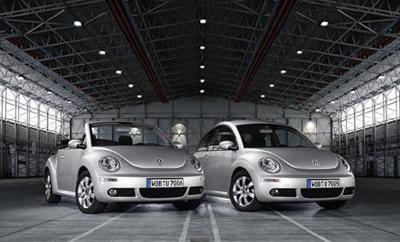 “We are now finalising the details and we think there is a small yet definite market for the Beetle in India. But do not expect it to be cheap,” said a VW spokesperson. VW plans to launch the 1.9 litre diesel variant in India.

Beetle is the iconic car for the company and will be imported in India as Completely Built Unit or CBU. This means it will attract 100% import duty and will be quite expensive. While the pricing still remains to be decided, Kurt Rippholz, VW spokesperson, said VW will position the car as a lifestyle car in the niche segment in India.