Vin Diesel returns in Fast & Furious 6 with a bang

The sixth part of Fast & Furious series is sure to give an adrenaline rush to the Indian audience. The series of Fast & Furious happens to be the most noisiest franchise, which will be so fast that it will make viewers gasp and leave them mesmerised. The return of Vin Diesel, Paul Walker and Michelle Rodriguez is sure to set the pulse rate of Indian audience with breadth taking actions. The new film, which will be releasing on May 24, 2013, is anticipated to be the most high speed action film of the entire Fast & Furious series. The special effects and fantastic flicks of the movie will surely enthral the viewers during the entire course of 130 minute script. 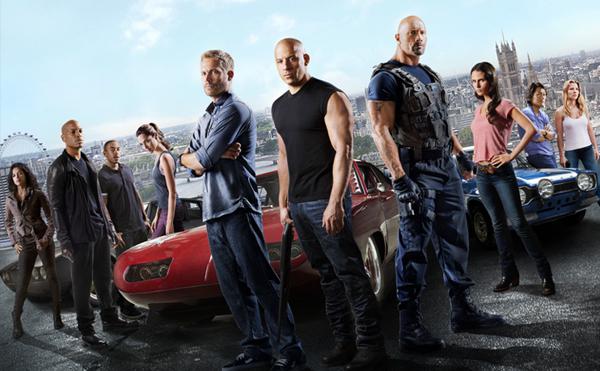 Vin Diesel returns in Fast & Furious 6 with a bang

As the earlier three sequels of the series were unable to gasp the viewers before Justin Lin, the Taiwanese Director, finally come up with super hit Fast & Furious 5 in 2011. And now, the Director is all set to accelerate the pedal like never before with the release of sixth part of the series. The stunts performed in Fast & Furious 6 provide edge of the seat entertainment and would leave a lasting impression after leaving the theatres.

The billion-dollar franchise of Fast & Furious is likely to pick up the momentum with FF6 hitting the theatres as the funniest, fastest and the most outlandish chapter yet. With the action seems showcased in the movie, it seems that the cars used in the film does not only defy gravity but they also take on every challenge, which represents the craziness of its crew members. Whether its just special effects or insane stunts, the Director of the film has certainly raised the bar in the latest movie. Most of the reviews have stated that the film has been going for gasp and intentional laughs as the cars pull off almost impossible manoeuvres. The oft-repeated mantra of Vin Diesel (Dominic Toretto) and Paul Walker (Brian O’Conner), ride or die, has been all time visible in the film, which keeps them at the door step of death.

Toyota preparing for the launch of new models in India