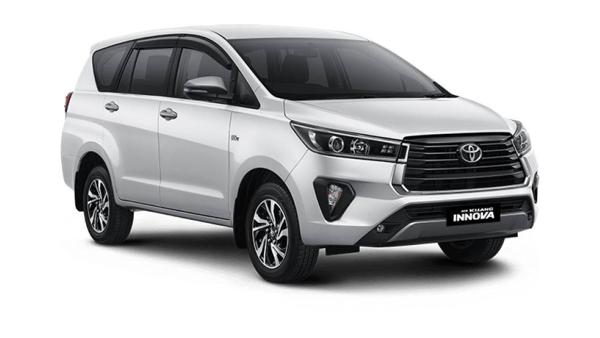 Toyota Kirloskar Motor is likely to launch the Crysta Facelift in India in the coming days. Few units of the upcoming model have also started arriving at dealer stockyards. This time around, details of the interior and exterior updates on the upcoming facelift have surfaced on the internet. 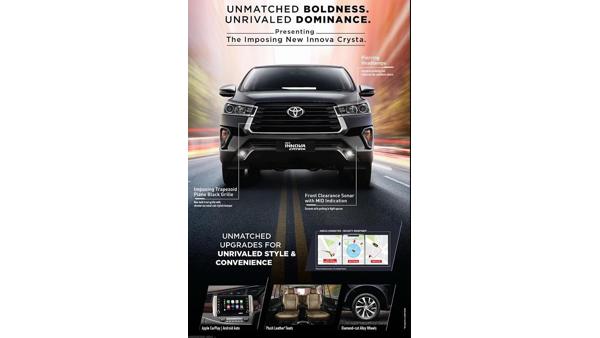 As per the image, the exterior highlight of the facelift is the new front Piano Black trapezoidal front grille with chrome border complimented by piercing headlights. The front bumper is also reworked with indicator lights on either sides and fog lamps integrated further down in the body-colored chin. The side and rear profile of the new model remains largely unchanged with the only noticeable change being the new design for the 16-inch diamond-cut alloy wheels.

The cabin of the Crysta Facelift is updated with a new nine-inch infotainment system now being Apple CarPlay and Android Auto compatible. The seats are wrapped in new golden color leather upholstery. Also speculated to be offered on higher-spec models is an air purifier. The Innova Crysta facelift is likely to be offered in G, G+, GX, VX and ZX variants.

Depending upon the variant, the Crysta facelift will be costlier by Rs 30,000- Rs 60,000 over the outgoing model. Under the hood, the Toyota Innova Crysta will continue to be powered by the same BS6 compliant 2.4-litre diesel engine making 148bhp and 360Nm of torque. Also available will be a 2.7-litre petrol motor producing 164bhp and 245Nm torque. Both the engines are available with a five-speed manual and an automatic transmission.