It may be a little late information but it will be surpriising for many to hear that registration of the two-wheelers has been banned in Madhya Pradesh. There has been an ongoing dispute relating to the positioning of the handgrip on the vehicle. The existing positioning of the handgrip is above the tail light. The Madhya Pradesh High Court ruled that it should be placed between the driver and the pillion rider. To make the matters worse, it also banned the sale of two-wheelers if they did not conform to the ruling. 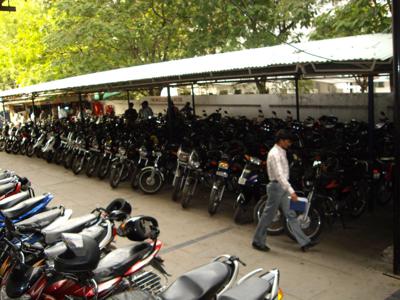 Two wheeler’s association including two of the major two-wheeler manufacturers then rushed to the Supreme Court to obtain a stay challenging the verdict and complaining of judiciary over-stretching its public interest jurisdiction. A bench comprising of two chief justices from Supreme Court stayed the order till 19th December when the appeal would be heard in detail.

Hyundai i20 in India on December 28th

Volkswagen Gets Ready to Roll Out Cars