Yamaha is aiming its guns at the numero uno position in the bike segment in India. Rumors are doing rounds that the company intends to roll out two new bikes next month. There is no confirmed news about the same and the company is still tight-lipped about it.

One of the models coming up next month is expected to be from the Fazer series while the other one is expected to be a CBU unit like R1. The company also intends to expand its dealer outlets in India taking the total to 550 across India. 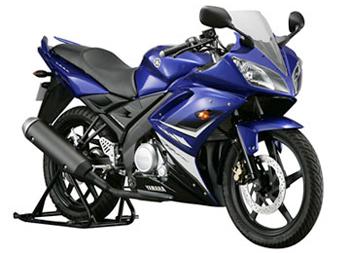 Yamaha has been witnessing a continuous growth in its sales figures since past few months. To the company’s delight, customers have gladly accepted the new products whenever they were launched and the sales figures have grown remarkably. Yamaha is also bullish on its FZ-16 platform and has rolled out variants like Fazer and FZ-S.

“We are overwhelmed by the customer response to recently introduced Fazer which is fast catching the imagination of biking and touring aficionado. This further propels us to focus on superior technology, manufacturing excellence and dynamism,” said Yukimine Tsuji, CEO & MD, India Yamaha Motor. The company is also preparing its dealers to sell its higher end models to the masses.

Why Maruti Succeeded Even in the Worst Economic Crisis?