Codenamed U69 from TVS, the bike is believed to be a fully-faired version of the BMW G310R. This time around sources have rendered the upcoming bike’s image to provide an insight as to how the production variant may look. The TVS U69 could be official unveiled during the upcoming 2016 Auto Expo event in the country. 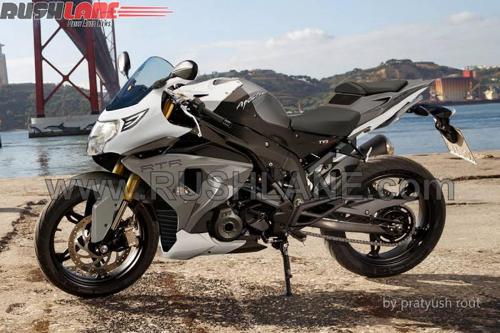 It is yet to be seen if the TVS U69 would be tuned to perform as a sports tourer or a track-focused super sport model. Though official specs are not out yet, it is believed that the bike may get a 313cc single-cylinder liquid-cooled engine borrowed from the BMW G310R. The bike’s engine mated to six-speed transmission it may likely be tuned to generate about 33bhp of power and 28Nm of torque. More details about the TVS U69 may be known during the upcoming 2016 Auto Expo event in India.