TVS Motors is getting to re-launch its model Flame under a new brand name which will be a 125cc bike and will not have the controversial twin-spark technology and is code named as SR125. TVS Motors has been locked in the controversial legal battle with Bajaj Auto over the patent infringement which forced TVS to take Flame off the roads.

An interim judgment passed by the Supreme Court has permitted TVS Motors to manufacture the model but has restricted it to market it in the Indian market. The new order comes as a stay over Chennai High Court’s order which had allowed the company to manufacture and sell the model under the brand name Flame. 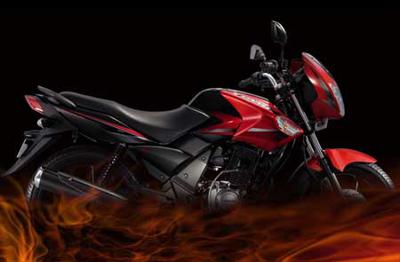 According to sources close to the development program, SR125 will be launched by the end of this month along with Apache 180. The company expects rise in sales just before the onset of monsoons and launch of these two models are a part of the marketing strategy to cash in on surge in the demand before monsoon.