TVS Motors has recorded sales of 1 million units of its Apache series of motorcycles. To celebrate this occasion, the company is planning to roll out a special edition of the Apache RTR 180. Reportedly, the new variant will be getting new colour combinations though the engine would remain the same. 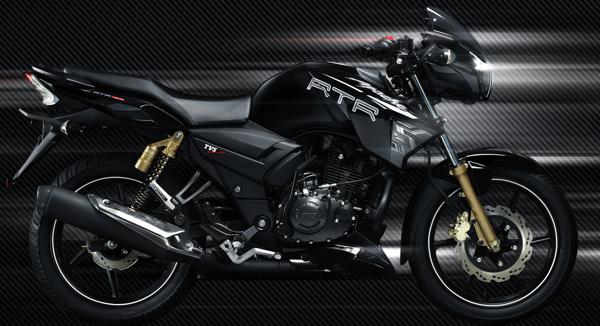 A teaser image has been released by the company that says, “We’ve put the beast together, a million times.” These images display a dark silhouette of the RTR 180. It has also thanked several loyalists and customers of the Apache brand. The image also says, “TVS races to 1,000,000 Apaches on road. Thanks a Million.” Interestingly, the new skin that has been talked about would be new graphics for the fuel tank. The RTR 180 is currently powered by a 177.04 cc engine that churns out a maximum power output of 17.05 bhp, which would be retained in the special edition.

Chennai-based TVS Motors has also started a Facebook campaign in order to celebrate the millionth milestone. Fans are being asked to download a standard template of the Apache’s fuel tank and apply their creativity to add images to it. The person who creates the best graphics would be chosen and would get to drive home in a brand new Apache RTR.

When these teaser images were released for the first time, many experts thought that the company may be coming out with a new version of the RTR. However, the changes are not the same as were originally expected. The Facebook contest was titled as, “The beast seeks a new skin. Will it be yours?”

It has been a tough battle for TVS Motors to sustain itself in the Indian motorcycle market. There is strong competition in the form of bikes from Honda, Hero MotoCorp, Yamaha and Bajaj Auto. However, the Apache is the only bike in its segment that offers Anti Lock Braking System (ABS) for superior balance on road. Currently at the number three position due to its sales, the company has made it to the big league by tying up with BMW Motorrad. It is expected that the new partnership would help the Indian company scale new heights in terms of bike technology.