TVS Allowed to Manufacture Flame But Restricted to Sell

The Supreme Court of India has allowed TVS Motor Company to manufacture TVS Flame, 125-cc bike with twin-spark plug technology. However, it has restricted TVS motors from moving the finished goods from the warehouse. "No finished product would leave the respondent's [TVS] warehouse" stated the notice issued by a Bench headed by Justice B Sudershan Reddy. "Both parties are restrained from using this order for any other purposes including publicity," the notice stated further. The next hearing of the court order is scheduled in first week of August 2009. 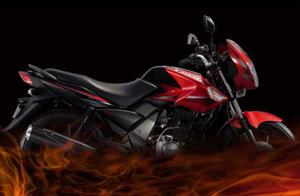 Bajaj holds the patent for twin-spark technology and alleged that TVS used the same technology in its model Flame 125cc. Earlier, the High Court in Chennai passed a judgement that TVS Motors was allowed to sell TVS Flame, as Bajaj had not made a good case of infringement of the patent.

Bajaj Auto had thereafter moved the Supreme Court arguing that the high court had relied on a blog by an IIT Student to decide such a controversial and sensitive issue. It also complained that although the High Court felt the questions were “triable”, it did not go into the balance of convenience on both sides.