Hatchback Figo has successfully changed the perception of Indian buyers towards American auto maker Ford. Before its inception in 2010, other cars in India were the Ford Escort, Fusion and Ikon. Though the Ikon did receive a fair share of appreciation from audiences, it did not quite earn audience appreciation as the Figo. With this car, Ford made a successful entry into India's rapidly growing hatchback market. 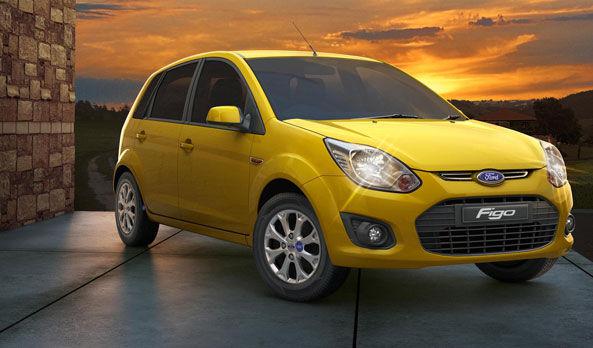 Every manufacturer knew that the important selling points for any vehicle in the country were fuel efficiency and affordability. At the same time, the design of the car also played a role in the car's saleability. With these in mind, Ford India created the spacious Figo, which won several awards for being the best car during its launch year. The Figo is available in both diesel and petrol variants, with the petrol version returning fuel efficiency figures of 16 kmpl and the diesel version gives 18 kmpl. In addition, exports of the Figo also generate significant revenue for Ford, as India has been made as the global small car hub.

The Figo is exported to more than 34 international markets across the world. 100 new changes were introduced in the Ford Figo during 2012, to help it stand out against competition from other top players Maruti Suzuki, Hyundai and Tata Motors. Brilliant craftsmanship, superior technology and ample interior space, along with a competitive price have helped the vehicle gain more than 1,50,000 customers. Ford India plans to introduce new cars at the same price as the Figo, to gather a greater share of the domestic car market. With respect to the above, Ford Asia Pacific President Joe Hinrich said, “Most of our eight products planned for launch by mid-decade would be in the Figo’s range as seventy per cent of car sales in India come from the small car segment.”

Top management at Ford India has realised that the country has the potential to become the third biggest car market of the world by 2020, after USA and China. It is expected that investments of $ 30 billion to $ 40 billion would be made by the company in the future, creating more than 3 lakh jobs in the country. Growth is expected to reach five million vehicles by 2012 and nine million by 2020.

The Figo has clearly been a game changer for Ford in India. With new models of the sedan Fiesta and global best selling hatchback Focus to be released in India soon, Ford is certain to get into overdrive mode in the country. The company is gearing for the launch of its EcoSport compact Sports Utility Vehicle (SUV) that is expected to make its Indian debut sometime next month. Top industry experts have already pegged the EcoSport to become Ford India’s next big volume puller in the domestic passenger car market.