Toyota is all set to unveil its new generation 2014 Corolla on June 6, 2013 in South California. The car maker will pull the cover off its latest iteration of Corolla in a private event to be held for media personnels only. However, recently the company has released two new pictures and a video to give a teaser of its upcoming sedan. In the images and video, the lower bumper and grille is clearly visible with a new logo on the upper part of the grille. In the video, the Vice President, Marketing, Toyota, Jack Hollis is seen dropping hint at more photos coming soon ahead of the sedan's unveiling on June 6, 2013. 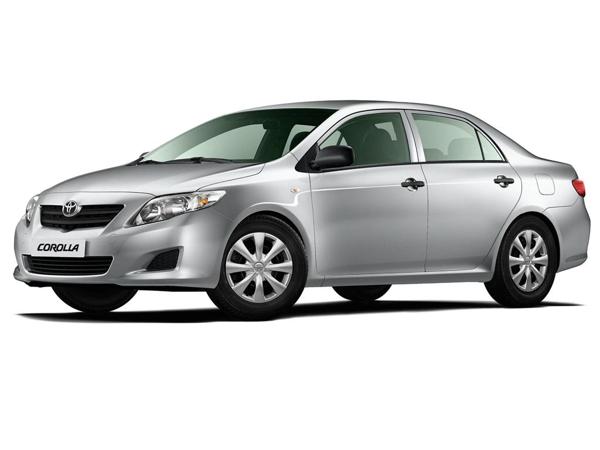 It seems from the images that the looks of the 12th generation of Corolla is heavily inspired from the concept car RAV4 and Furia that were showcased at 2013 Motor Show held in Detroit. On its front fascia, the car has three slat chrome grille with sharper headlamps that look quite attractive. There are LED running lights integrated in the headlamps that add a touch of class to the whole look.

The sedan is expected to come with a multi function steering wheel along with various chrome gauges. There is extra space including head and leg room for passengers at the rear seat. Toyota is planning to offer the next generation of its Corolla sedan across various trim levels including base, LE, S and Eco variants. These variants of the 2014 Corolla will come with push button start, cutting-edge navigation system and plush leather interiors as a standard.

The Japanese car maker, Toyota Kirloskar Motor (TKM) rolled out 10,023 vehicles to its customers in the country during the month of May 2013. This figure was a setback of 35 per cent as compared to 15,501 units sold in the corresponding month of the last year. During May, 2013, the automotive giant shipped 2,479 units in the Etios series to the South African automotive market. In the month of May 2013, the total sales of Toyota stood at 12,502 models, inclusive of exports.

Sandeep Singh, Deputy Managing Director and Chief Operating Officer, Marketing and Commercial, TKM, quoted on the sales figure, “The market continues to be sluggish. We have corrected the dealer’s inventory levels and have been able to bring it down to less than 30 days.”

However, it is expected that with the launch of new generation of Corolla sedan, the car maker may gain back some of its lost volume. Though it all depends on how the company price the new model and whether or not it will come in petrol as well as diesel guise.