Toyota sales increase by 12 per cent this February

Toyota Kirloskar Motor has announced their sales figures for February 2017 which show a hike of 12 percent in comparison to same period last year. The company sold 11,543 vehicles in India last month, as against 10,312 units in February last year. 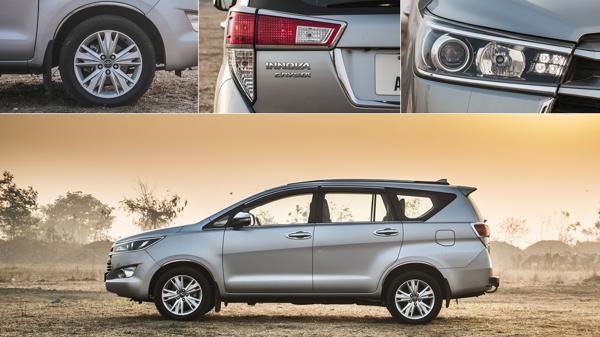 Toyota's overall sales including exports sum up to 12,113 units. This also shows a rise in sales performance in comparison to corresponding period last year. The company's cumulative sales were 11,215 units last year. However, the company exported only 570 units of the Etios series of cars last month, as against 903 units in February 2016.

The Innova Crysta has received an overwhelming response from customers. It has helped the company to pull up their sales numbers. Then, with the introduction of the new Fortuner last year, the company has achieved new records in the vehicle's sales performance. Furthermore, the company's sales success can be attributed to some more products from their line-up, which have fairly done well. For instance, the Etios models have helped in the sales growth and even the Camry brand has grown. Sales for the sedan have got a push with the introduction of the refreshed Hybrid version. All of these products have cumulatively helped in adding to the entire upward trend of sales.

N. Raja, Director and Senior Vice President, Sales and Marketing, Toyota Kirloskar Motor said, "We clocked a 12 per cent growth in sales in February 2017 when compared to the sales in the corresponding month last year. Both the new Fortuner and Innova Crysta have been performing consistently, attributing to TKM’s domestic growth. The Fortuner which captures more than 70 per cent segment share in the SUV segment, has sold 2027 units in February making it the highest ever sales for Fortuner in a month ever since its launch in India in 2009. The new Fortuner has sold over 8,200 units in the last four months. The Innova Crysta has also maintained its growth trajectory selling over 67,500 units since its launch last year. We are very happy with the way our customers have appreciated both the new Fortuner and the Innova Crysta."

Tata Hexa can now be booked through TataCLiQ e-commerce website