Toyota Motors marks its presence at Toyota Kirloskar Motors in India. The company is changing its sourcing plans in the country and intends to change the components and equipment sourcing to reduce its import costs. "Depreciation of rupee (particularly against dollar) has been affecting us badly. We are doing a lot of research on what equipment to bring and how to install them in order to minimise the cost ... for that we have cancelled some decisions and implemented some new," Toyota Kirloskar Motor (TKM) Whole-Time Director Shekar Viswanathan said. 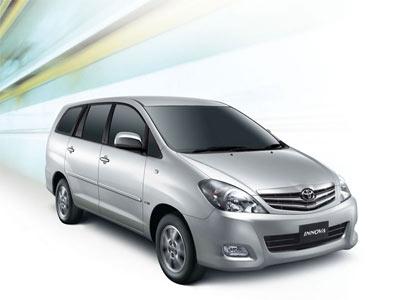 The company has decided to import equipments and components from countries that would offer material at low cost but refused to specify the ultimate source country. "We will continue to import from Japan ... some imports will happen from Thailand, Taiwan and Indonesia and some components will be locally sourced," he added.

The company has already cut its 2009 vehicle sales forecast by nearly 7 percent as high fuel prices hammer demand for large cars and pickup trucks, and said it will speed up the rollout of hybrid and electric cars as their popularity grows.

Hyundai Santro to be the Next Taxi in Mumbai