Toyota Kirloskar Motors launched its eighth generation Land Cruiser SUV in India on Tuesday. "In spite of the recent slowdown, the premium SUV segment has witnessed a growth, driven largely by the introduction of new models," TKM deputy managing director (marketing) Sandeep Singh said. The new SUV is 4-wheel drive model and an upgraded model of the existing version in the Indian market. 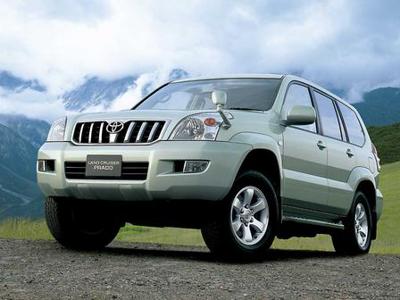 The SUV is powered by a 4.5 L V8 diesel engine generating 286 PS, and a maximum torque of 650 Nm, with 6 speed automatic transmission. It will be available in two options - one will have 9 speakers and the other will have an advanced 6 DVD, 14 JBl premium speaker system with EMV screen and a Moon Roof. The new sports utility vehicle is priced at Rs. 81.64 – 83.10 lakh which is exactly double the present pricing.

Currently Toyota sells stripped down model of Land Cruiser at Rs. 40 lakh in India. The new SUV is imported as a completely built unit in India and is priced heavily due to the duty it attracts as a CBU.