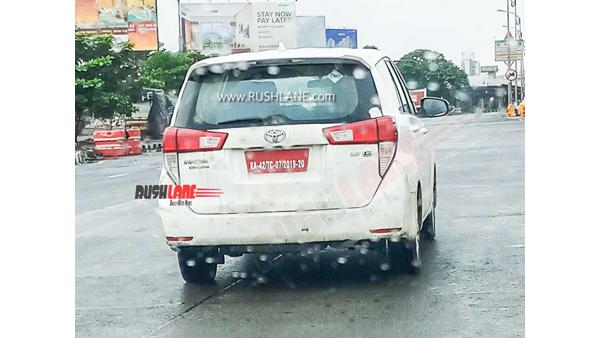 A CNG powered variant of the Toyota Innova Crysta has been spotted during a public road test in India. An image of the uncamouflaged test-mule reveals an Innova Crysta 2.7 variant with a CNG sticker on the rear windshield.

Powertrain options on the Toyota Innova Crysta currently include a 2.7-litre petrol engine and a 2.4-litre diesel engine. The former produces 164bhp and 245Nm of torque while the latter produces 148bhp and 343Nm of torque. Transmission options include a five-speed manual unit and a six-speed automatic unit.